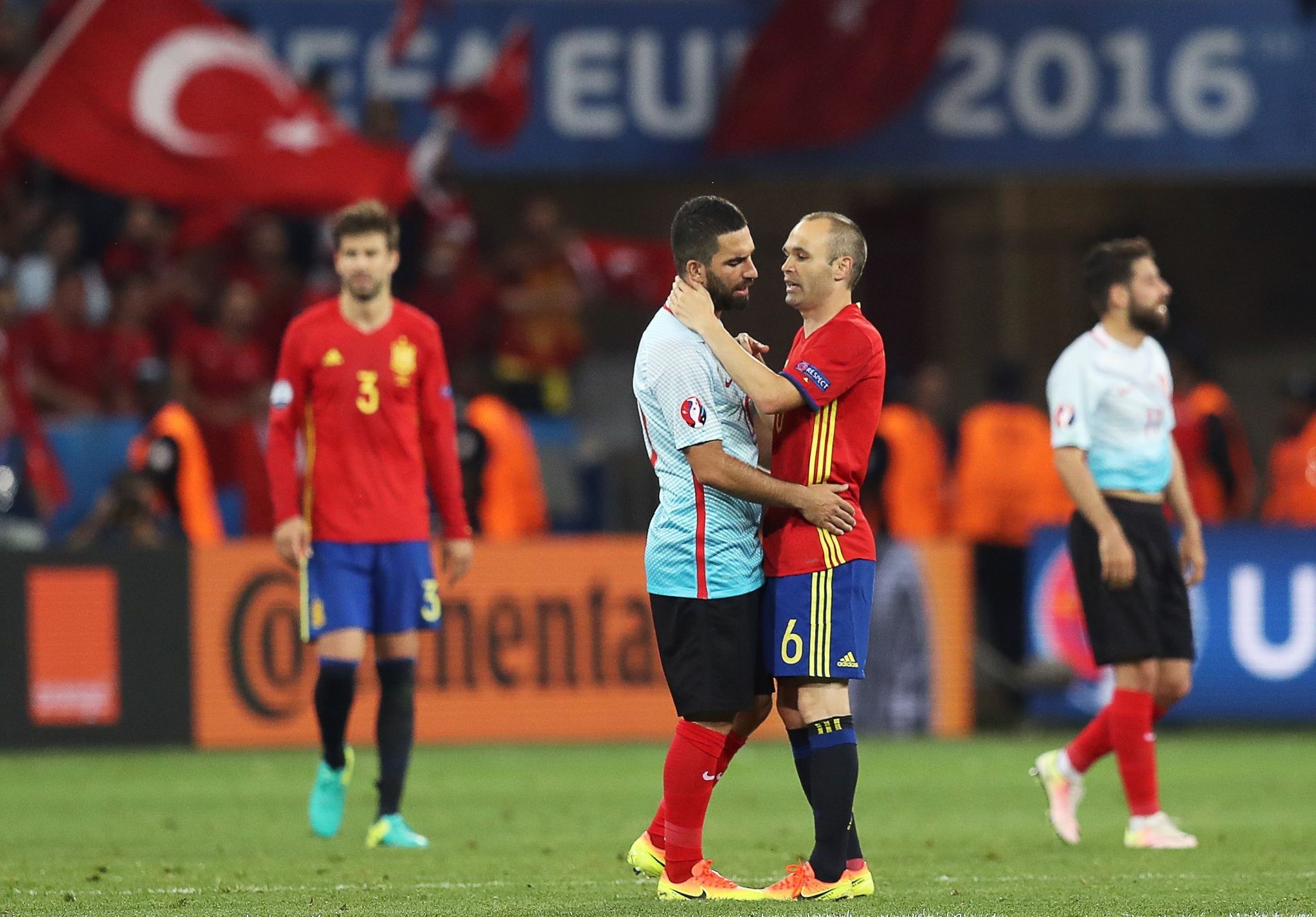 Speaking at an iftar dinner in Istanbul, Erdoğan said "Unfortunately, Turkey experienced defeats at the first two matches but the booing the captain of national team is not an explainable act."

Standing with the national team at the Euro 2016 tournament, Erdoğan said those that chanted against Turan and Turkish coach Fatih Terim must be ashamed of themselves as Turan's Spanish teammates from Barcelona and Atletico Madrid came to his support.

Turkey have lost their first two Euro 2016 games with coach Fatih Terim, who has been under increasing pressure, accusing his team of giving up. Nevertheless, victory against the Czech Republic on Tuesday means they will snatch third spot.

Despite decent link-up play in the 1-0 defeat to Croatia and the 3-0 reverse against champions Spain, Turkey never really came close to scoring.

That must change on Tuesday or Turkey are going out. The Czechs have one point so only a win will do for Turkey, and even that might not be enough with only the four best third-placed teams making the last 16.

"I saw a team that I don't like, one that gives up and just accepts defeat. Those who know my footballing and coaching career, my attitude and personality, will know that I have no business with those who just give up," he said.

"I can't come to terms with it and I apologise on behalf of myself and the team to everyone."

Turkey actually played some nice football in the second half against already qualified Spain in Nice but by then it was too late and their finishing - especially from striker Burak Yılmaz - left much to be desired.

Turkish fans are nothing if not passionate and Terim said he now needs them more than ever.

"Please keep up that support for the match against the Czech Republic. Please don't think that I will accept results like this or any other day," he said after the Spain defeat.

Unidentified attackers entered the Velvet Indieground record shop by force in Istanbul's central Firuzağa neighborhood on Friday, shouted at employees and beat fans of Radiohead. President Erdoğan, speaking two days after the incident, condemned the attack and called for common sense and respect.

"Those claiming that this attack was against people 'not fasting during Ramadan' are against the peace in our country," he said.

Adding that the owner of the shop was a Korean national, he said "The side of the incident which saddened me the most was that our Korean guest suffered from the attack."

Detailing the incident, he said "As far as I have learned, the Korean shop owned invites people for an album debut. As the shop is too small in size, people start drinking alcohol in the street, angering the locals."

Saying that both sides are wrong in their acts, he added that condemned the attack.

"I also call for common sense and respect throughout the country and also condemn those who failed in respect due to their insensitivity," he concluded.