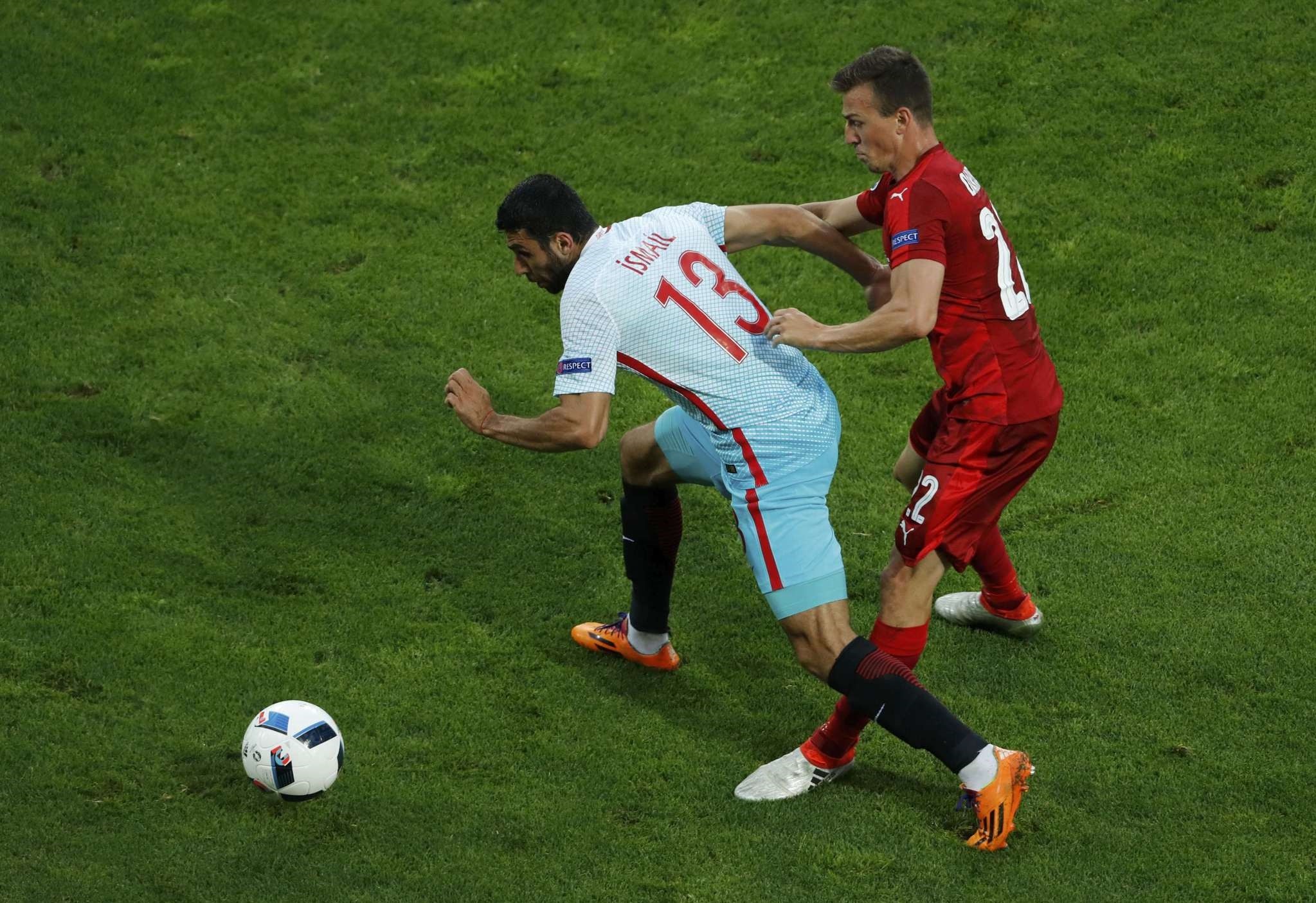 Czech Republic's Vladimir Darida and Turkey's Ismail Ku00f6ybau015fu0131 in action (Reuters Photo)
by daily sabah Jun 21, 2016 12:00 am
Turkey beat Czech Republic late Tuesday in crucial Euro 2016 match, with Burak Yılmaz scoring the opening goal in the 10th minute against the Czech Republic to put them 1-0. Later on, Ozan Tufan scored the second goal for Turkey in the 65th minute, bringing the score to 2-0.

Now that the Turks have won the match, they have a chance to advance to the last 16 in the European Championship, also dependent on the results of the matches in the other groups. Top two teams from each group and best 4 teams on third places will advance to the round of 16.

Poland has beaten Ukraine 1-0 in the two sides' Euro 2016 Group C clash on Tuesday evening, finishing second to qualify for the last 16.

Jakub Blaszczykowski, Poland's 30-year-old winger, scored in the 54th minute to give his team the lead.

Although Poland displayed a less-impressive performance compared to their previous two matches, they got the job done with a clean sheet.

Germany, who has beaten Northern Ireland 1-0, topped Group C without conceding a goal.

Northern Ireland will now have to wait for its fate after finishing the group in third place.

Ukraine, on the other hand, said goodbye to the tournament without scoring any goals.
Last Update: Jun 22, 2016 12:37 am
RELATED TOPICS