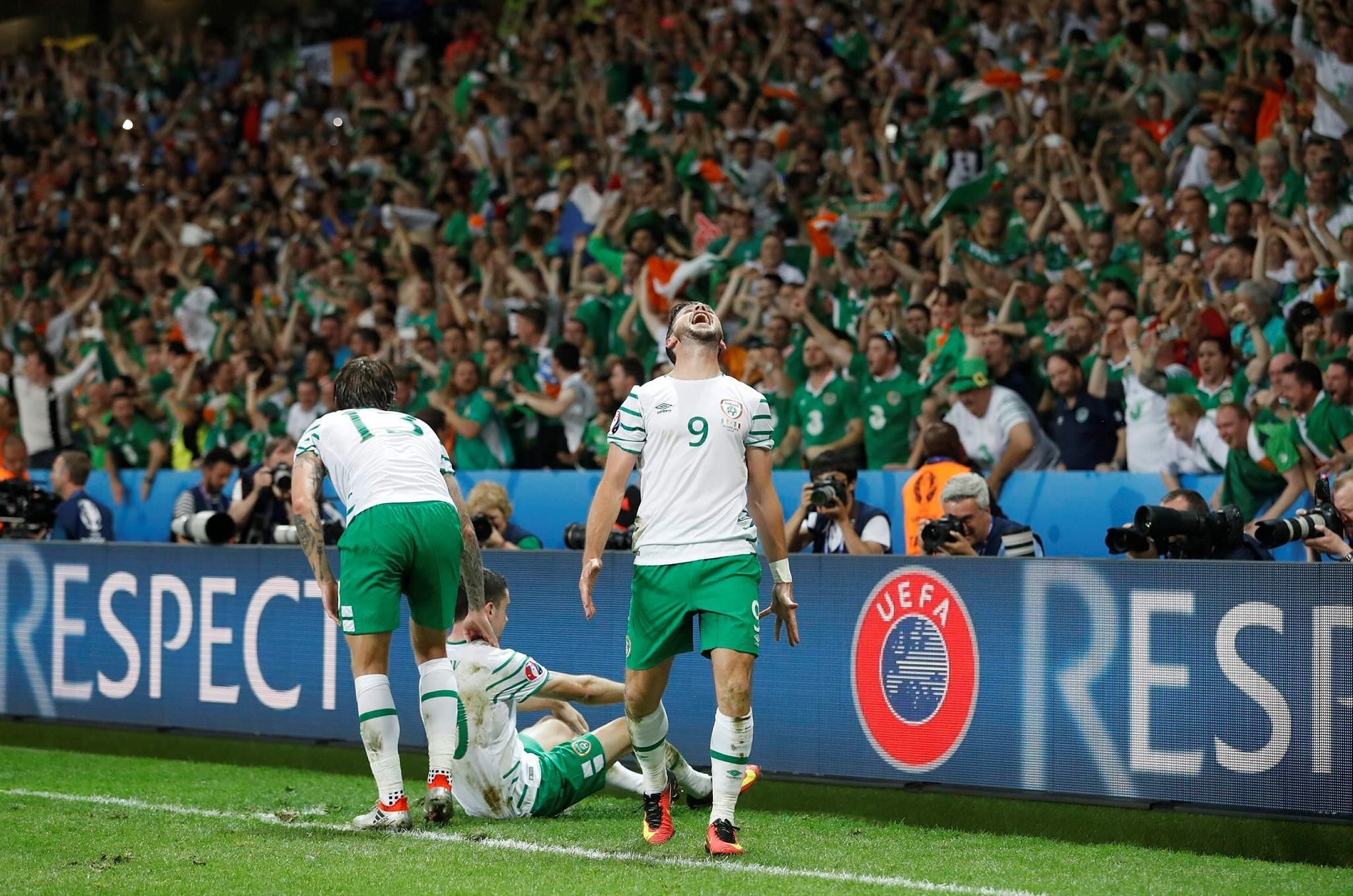 | Reuters Photo
by Daily Sabah with DPA Jun 22, 2016 12:00 am
Robbie Brady sent Ireland fans into ecstasy with an 84th minute header which clinched a 1-0 win over Group E winners Italy and sealed their progression to the last 16 of Euro 2016 on Wednesday. The unexpected win for Ireland over Italy at the night's Group E clash dashed Turkey's hopes of making it through. Turks now joined bootom sides Romania, Russia, Ukraine, Czech Republic, Albania, Sweden and Austria on the sidelines.

Ireland had to win to have a chance of going through and did so after being frustrated for much of the game.

They had a number of penalty appeals rejected and Wes Hoolahan missed a glorious chance just before sparing his own blushes by sending in the cross which Brady nodded home.

Italy played a second string side as they were already through to the last 16 with a repeat of the 2012 final against Spain due on Monday at the Stade de France.
Last Update: Jun 23, 2016 12:24 am
RELATED TOPICS