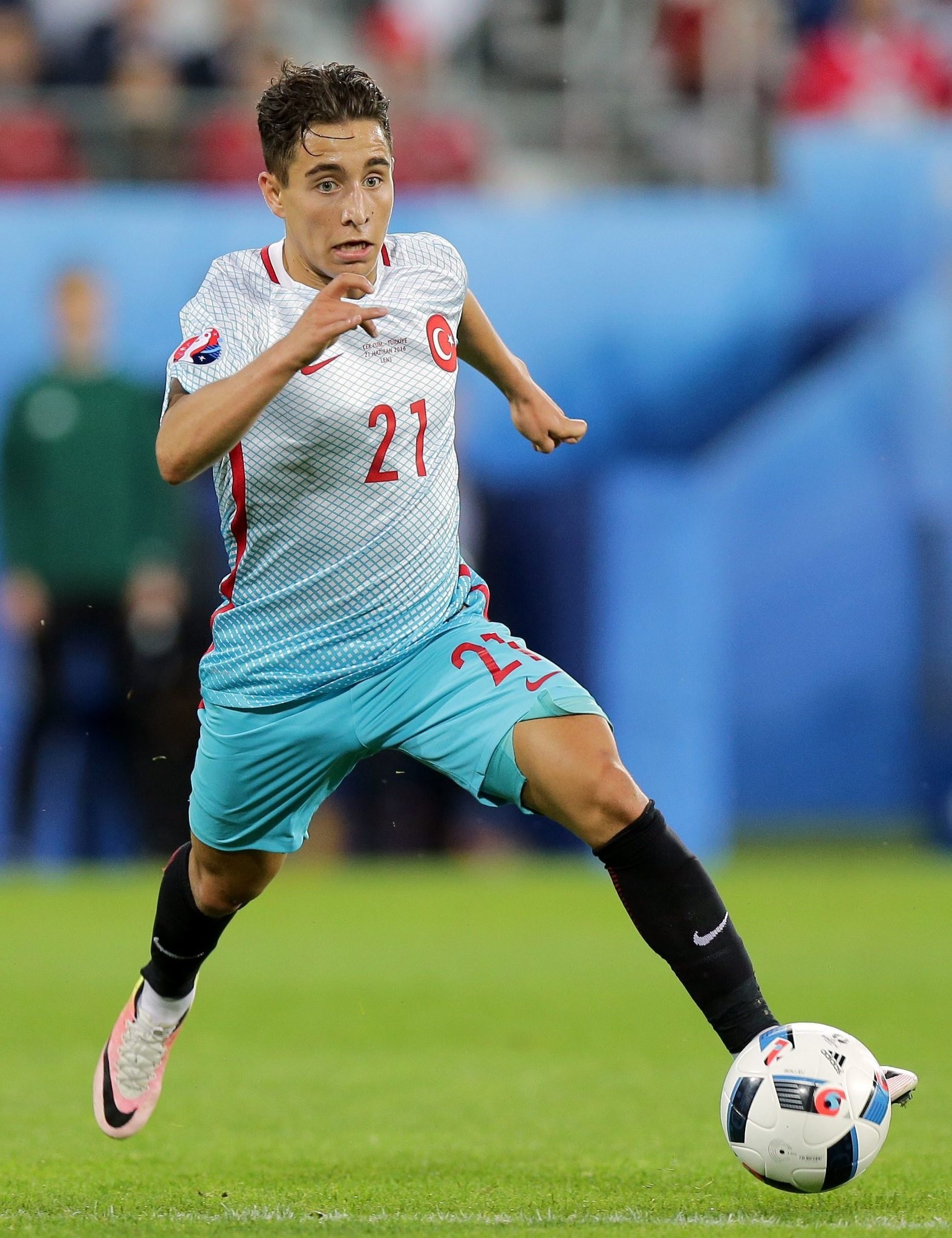 After limp defeats to Croatia and Spain, Turkey delivered a stunning performance full of fire and passion to defeat the Czech Republic 2-0. Emre Mor, 18, looked particularly sharp for Turkey. 'He was our savior. He made his presence felt' coach Fatih Terim said

Turkey rebounded from two losses at the European Championship to beat the Czech Republic 2-0 on Tuesday and kept alive its chances of reaching the knockout stages from Group D till yesterday night as of press time. They would need results to go their way in the Group E games between Italy and Ireland and Sweden-Belgium, or for Hungary to beat Portugal in Group F, to pull off the miracle.

However the 2-0 win against Czechs just came in time Turkey needed it the most as a morale booster. Because coach Fatih Terim and national footballers were being criticized by both fans and the media for the disappointing results in the first two matches.

But on Tuesday night, Turkey stormed through the last group match against Czechs. Burak Yılmaz and Ozan Tufan scored a goal in each half. The defeat eliminated the Czech Republic, who had already suffered at Turkish hands at a past Euro finals.

Eighteen-year-old Emre Mor, who has just been signed by Borussia Dortmund, was the hero of the night. He burst down the right after 10 minutes, saw Yılmaz in the middle and provided a perfect ball for the Beijing Guoan player to fire the ball into the corner. The 18-year-old looked particularly sharp for national team, smashing a shot wide from inside the area in the first half and cutting in before missing the target on another fast counter in the second.

"He was our savior tonight," Turkey coach Fatih Terim said. "He made his presence felt."

"Emre Mor excited all of us. I did not take him to the field against Spain deliberately. We could have lost him in that turmoil. He was our savior and this was very important to win him. Turkish national team have won a great player. He will play more confidently after this match."

Turkish goalkeeper Volkan Babacan produced a series of brilliant saves to keep his side in the game. At the 2008 Euro finals, Turkey came from two goals down to beat the Czech Republic 3-2.

"Our only worry tonight was to win. I recognize I made some errors during the first two matches, but our performance tonight was much better both technically and tactically" said Terim. "It was time to get back on our feet and we had a good reaction after being heavily criticized.

"Our confidence is growing now. We have still some problems but now it's easier to find some solutions," he said.

"We have a good side and now we have our team spirit back. Everybody was involved. If we advance, I think we will have a long way to go."

Four disappointing months after moving to a Chinese club, Turkey striker Burak Yılmaz needed just 10 minutes against the Czech Republic to shrug off his troubles at the European Championship.

"This year has been really difficult for me," said Yilmaz, who was named man of the match by UEFA. "I've had my injuries."

The 30-year-old striker left Galatasaray in February for a surprise move to Beijing Guoan, but a persistent thigh injury prevented him from actually playing for the Chinese club until mid-April.

"I'm very happy, I scored an important goal in a very decisive game, and everything worked very well," striker Burak Yılmaz said. "It's been a good night, a good goal for me."

Czech coach Pavel Vrba was disappointed with his side's exit but said the young players in his squad had learned some valuable lessons.

"Of course our goal was to qualify, and we didn't manage that. I'm not going to say that our performance here was any good," he told reporters.

Meanwhile, some Turkish fans celebrated with firecrackers and flares that landed on the pitch after the second goal at the Stade Bollaert-Delelis to put their country at risk of new UEFA sanctions.

As for the other match of Group D, Spain's 12-year unbeaten run at the European Championship ended Tuesday when Croatia came from behind to stun the two-time champion.

The 2-1 defeat relegated La Roja into second place in Group D and set up a mouthwatering round of 16 game between Spain and Italy, a repeat of the final four years ago. Ivan Perisic's 87th minute winner also ended Spain's unbeaten run at the tournament that stretched all the way back to 2004. A draw would have been enough for Spain to secure first place in the group and a potentially easier second round game.

Now it will have to face the Italians at the Stade de France in Saint-Denis on Monday - a repeat of the 2012 final that Spain won 4-0. Croatia will play one of the third-place teams in the northern French city of Lens on Saturday.
Last Update: Jun 23, 2016 1:11 am
RELATED TOPICS