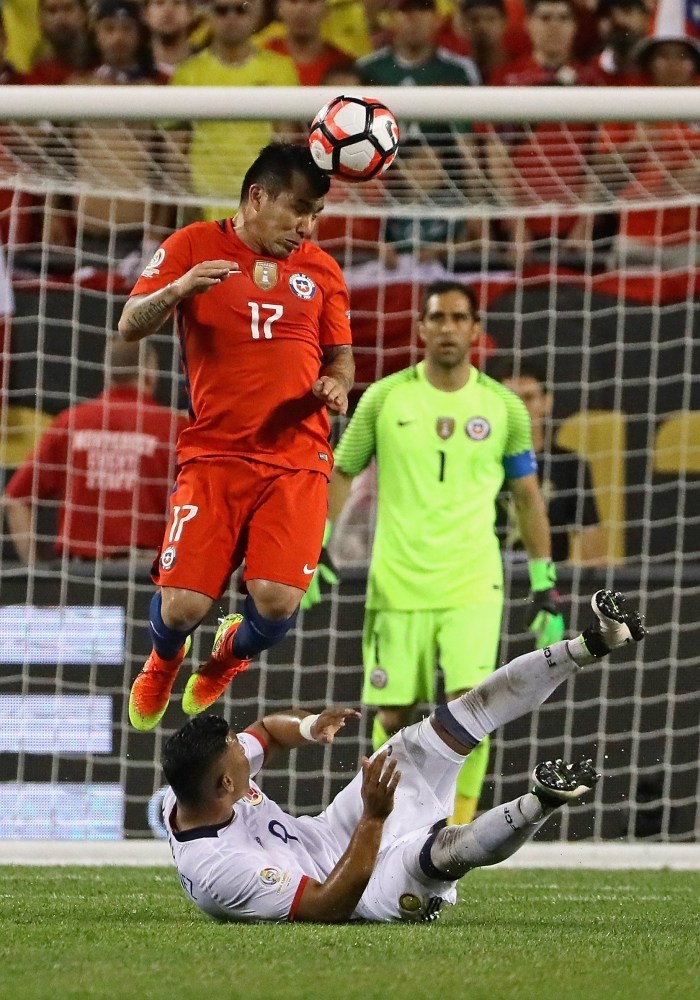 Gary Medel of Chile heads the ball
by reuters Jun 24, 2016 12:00 am
Chile beat Colombia 2-0 in the Copa America semi-final on Wednesday and will face Argentina in Sunday's final after surviving a tumultuous match in Chicago that was halted for more than two hours due to a torrential rain storm. Chile were already two goals up at half time but the second half was delayed as an electrical storm powered towards Soldier Field and drenched the stadium with rain. The teams came back to a waterlogged pitch and Colombia, who had a man sent off early in the second period, could not reduce the deficit.

"We played well but Chile are a very strong side," Colombian midfielder Juan Cuadrado said after the final whistle.

"We thought a comeback was possible but sometimes things don't work out like you want."

The result takes Chile into a mouth-watering final against Argentina in New Jersey on Sunday. The game will be a repeat of last year's final in Santiago that the host nation won on penalties. The reigning champions came into the game on a high after beating Mexico 7-0 and took only six minutes to make their mark again.
RELATED TOPICS