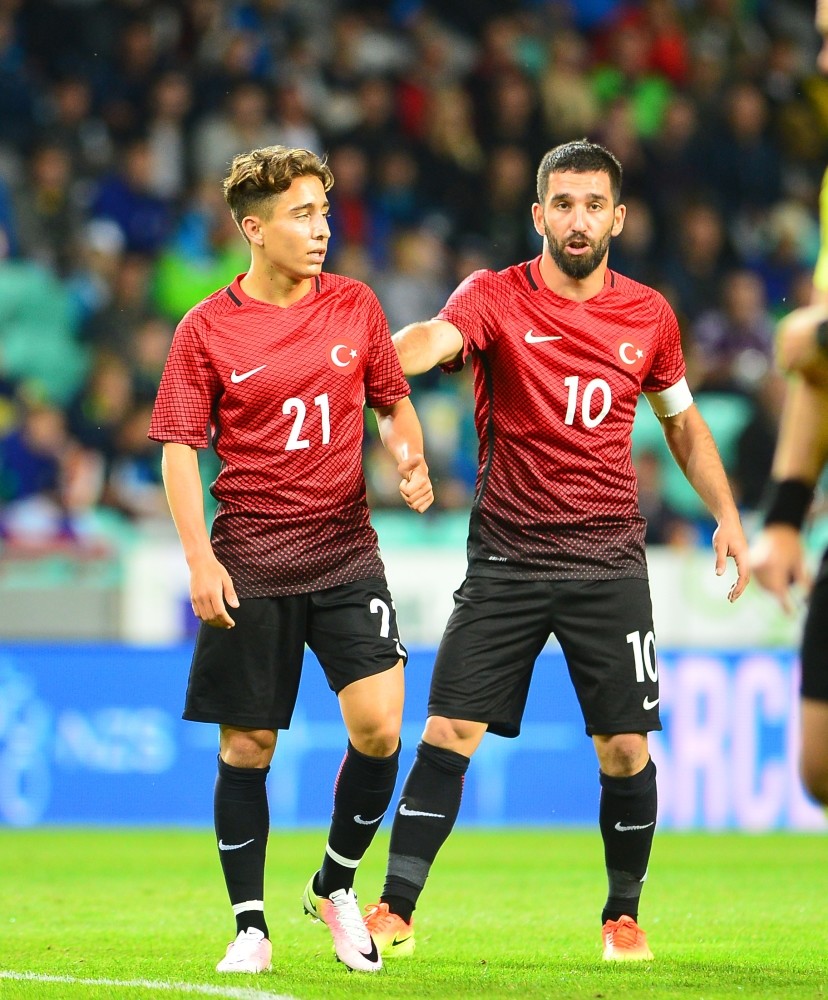 While youngster Emre Mor(L) shined for Turkey, Arda Turan on whom Turkish fans were largely pinning their hopes toiled at the Euros.
by daily sabah Jun 24, 2016 12:00 am

The Turkish national football team's Euro 2016 odyssey came to an end on Wednesday after its hopes of reaching the last 16 as one of the best third-placed teams were dashed by a late goal from Ireland. Turkey beat the Czech Republic 2-0 on June 21 to finish third in Group D with three points, and were hoping to be among the four best third-placed finishers to advance to the last 16 stage. Barcelona midfielder Arda Turan's status as an icon in his home country of Turkey meant fans were largely pinning their hopes on him to drive Fatih Terim's team on in France. But after a difficult season at club level, Turan toiled at the Euros, struggling to influence games from a position wide on the left. The 29-year-old even had to endure the ignominy of being booed by Turkish fans during the 3-0 defeat to Spain in Nice. "Whatever happens that shouldn't happen," Terim said before Turkey bowed out.

Turkey were just five minutes from securing a last-16 matchup with Gareth Bale's Wales, but Robbie Brady's 85th-minute header secured a famous victory for Ireland over Italy to knock the Crescent-Stars out of the competition. On Wednesday, Cristiano Ronaldo hit a double to become the first player to score in four European Championships and rescue Portugal in a thrilling 3-3 draw that secured a last-16 place. Iceland set up a last-16 clash with England as substitute Arnor Ingvi Traustason's last-gasp winner earned the Euro debutant a famous 2-1 win over Austria. Also in Ireland's group, Belgium beat Sweden 1-0 to both move into the last 16 and consign Sweden to elimination, ending Swedish legend Zlatan Ibrahimovic's international career in the process. Ireland, Belgium, Iceland and Portugal joined host France, Wales, Germany, Croatia, Italy, Switzerland, England, Poland, Spain, Slovakia, Northern Ireland and Hungary in the last 16.

The round of 16 lineup is now known at the European Championship: