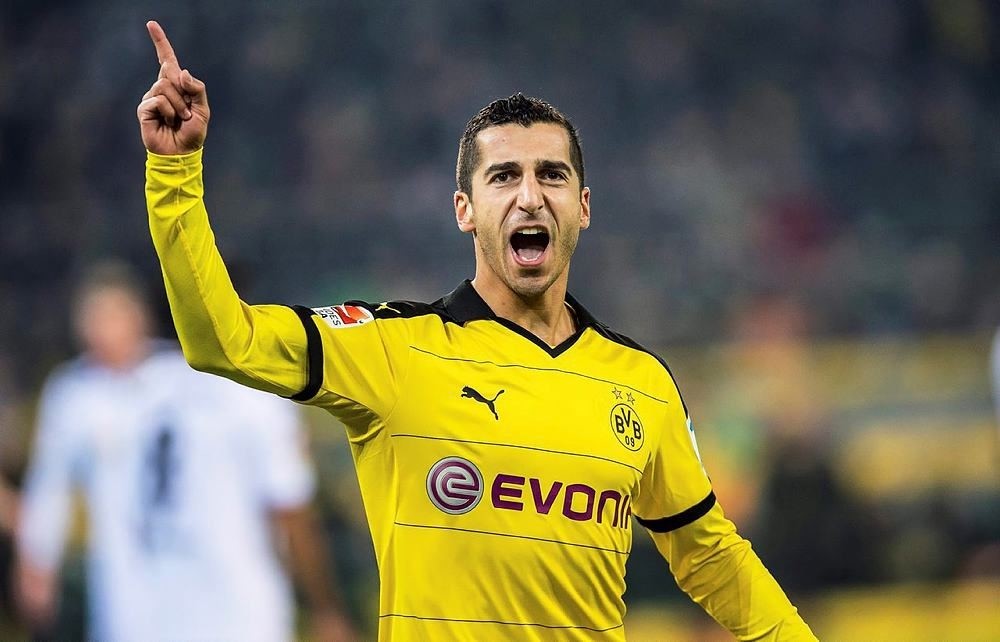 Having already brought in striker Zlatan Ibrahimovic and defender Eric Bailly this offseason, Mourinho secured the sought-after signature of Mkhitaryan, an Armenia international who scored 23 goals for Dortmund last season and was the German league's player of the year.

"He is a real team player with great skill, vision and also has a good eye for goal," Mourinho said of the 27-year-old Mkhitaryan.

"I believe he will make an impact on the team very quickly as his style of play is suited to the Premier League."

Mkhitaryan has agreed to a four-year deal with United, with the option of another year. His father, Hamlet, was also a footballer.

"I believe playing for such a great club honors my father's memory," Mkhitaryan said, "and the inspiration and drive he gave to me when I was young."

Mkhitaryan also set up 32 goals in all competitions last season, and looks to be the ideal player to add some finishing to United's midfield that labored last season under Louis van Gaal. He made 140 appearances and scored 41 goals for Dortmund after joining from Ukrainian team Shakhtar Donetsk in 2013.

He will likely be one of the three attacking midfielders behind Ibrahimovic in United's lineup this season, probably on the right side, along with Wayne Rooney and Anthony Martial.

Mourinho suggested in a news conference at Old Trafford on Tuesday that he wanted to sign four players by the start of the season.