Portugal's Ronaldo stretchered out of Euro 2016 final against France 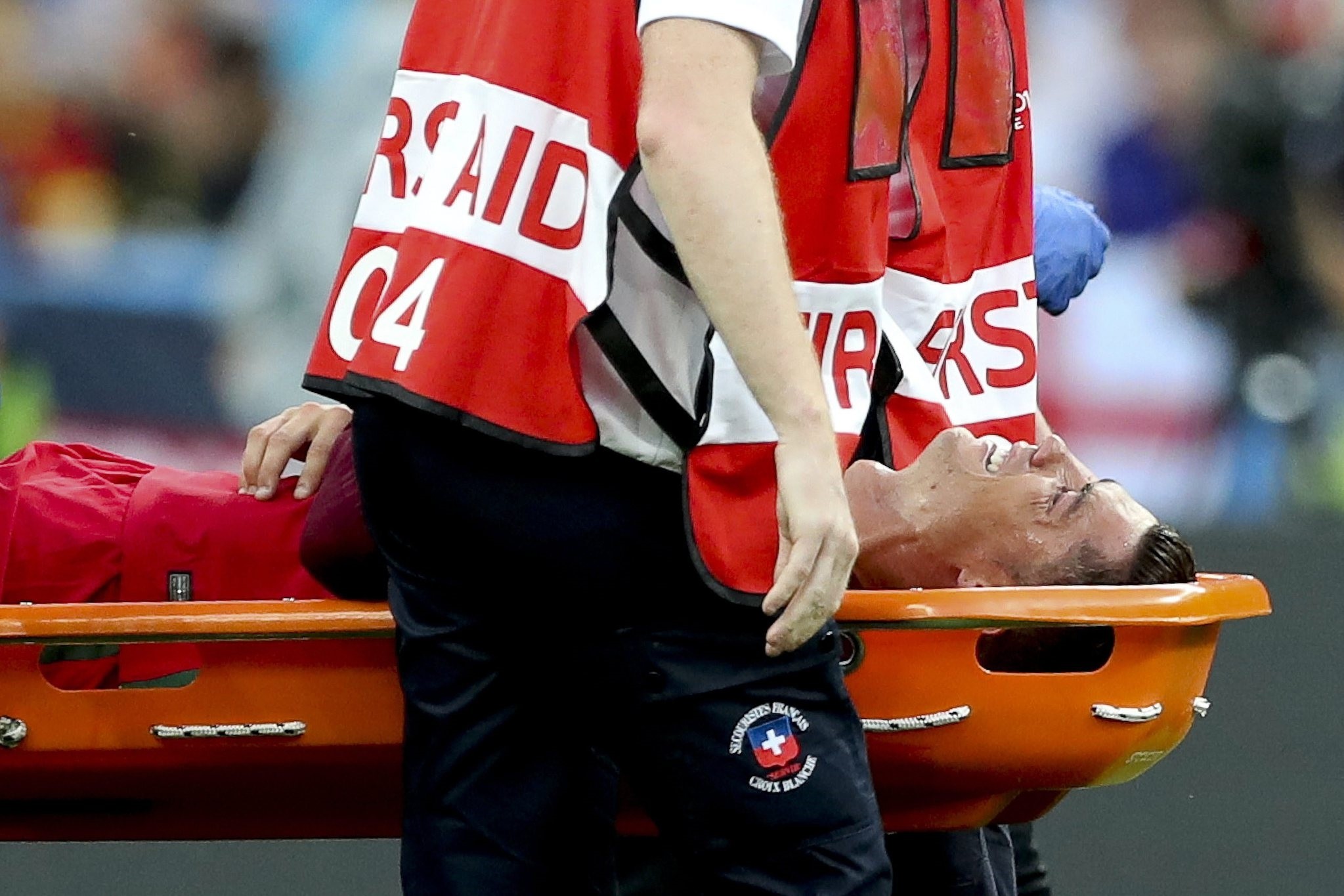 Cristiano Ronaldo of Portugal is stretchered off the pitch after being injured during the UEFA EURO 2016 Final match between Portugal and France at Stade de France in Saint-Denis, France, 10 July 2016. (EPA Photo)
by Jul 10, 2016 12:00 am

Portugal captain Cristiano Ronaldo was stretchered off injured in tears just 25 minutes into Sunday's Euro 2016 final against France in Paris.

The Real Madrid forward hurt his left leg in an eighth minute collision with French star Dimitri Payet. He attempted to play on with a heavily bandaged knee but finally gave up.

After one acceleration midway through the first half Ronaldo signalled to the bench that he could not carry on. The 31-year-old striker could not hide his despair as he was replaced by Ricardo Quaresma with the game still goalless.

Payet had won the ball with a heavy challenge and in the follow through collided with Ronaldo's left knee, sending him rolling around the turf clutching the knee. Payet escaped any sanction from English referee Mark Clattenburg.

Ronaldo twice received treatment on the side of the pitch and twice returned to the field before finally deciding he could not continue.

Real Madrid teammate Gareth Bale, whose Wales team were eliminated by Portugal in the semi-finals, tweeted: "Terrible to see Cris come off like that. Hope it's nothing too bad."

Ronaldo cried tears of despair in the 2004 final when his country lost 1-0 at home to Greece. He had said before this final that he wanted to be "crying for joy" this time.