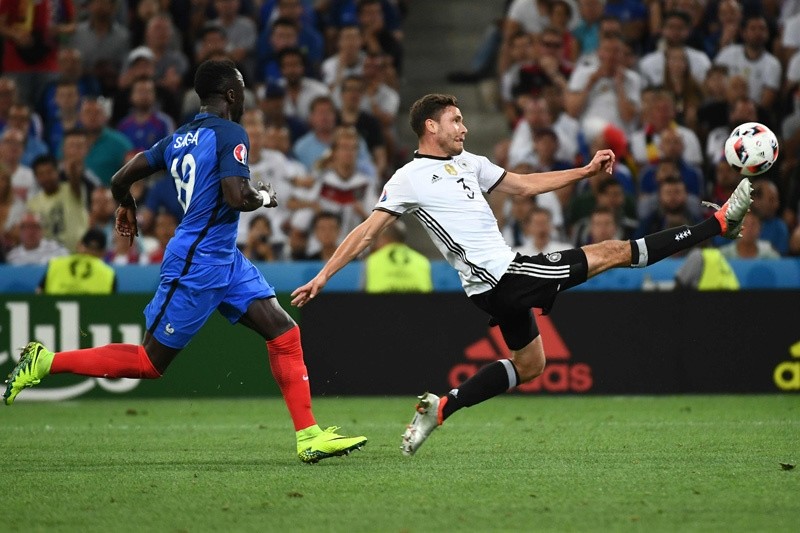 Germany's defender Jonas Hector (R) vies for the ball with France's defender Bacary Sagna during the Euro 2016 semi-final football match between Germany and France at the Stade Velodrome in Marseille on July 7, 2016. | AFP Photo
by Daily Sabah Jul 13, 2016 12:00 am

The Spanish champions were closely following the player at the 2016 European Championships, where Hector drew the attention of numerous big teams.

Barcelona are on the hunt for a player capable of playing as a central defender or at left back, to help strengthen a backline that saw Dani Alves and Marc Bartra leave since the end of last season.

Barcelona have other, cheaper, alternatives in mind, but Jonas Hector is the player Luis Enrique wanted the most.

Barca is looking for a second reinforcement after it bought back attacking midfielder Denis Suarez from Villarreal.