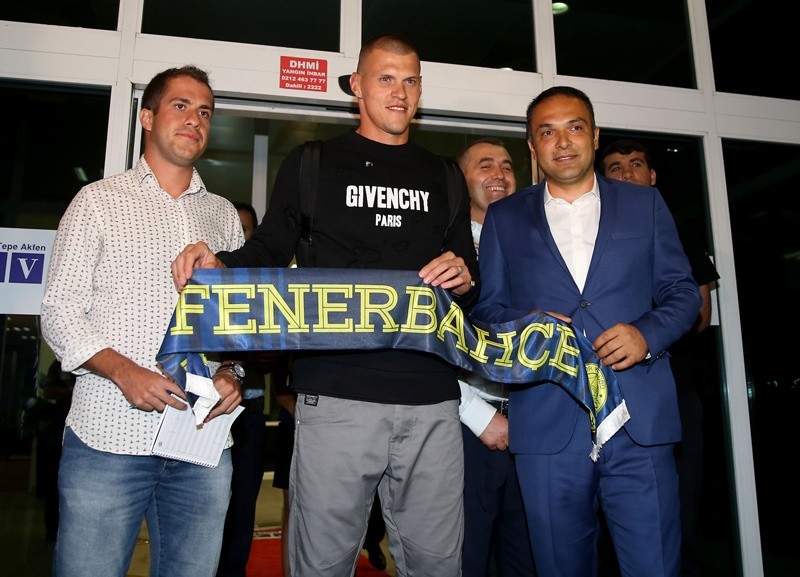 Fenerbahçe are set to sign the fiery Slovakian international defender Martin Skrtel on a free transfer from Liverpool, the Istanbul giants said on Friday.

Last season's Turkish runners-up said in a brief statement they were in advanced talks with Liverpool and the player, who made a strong showing in helping Slovakia to the last-16 at Euro 2016.

Daily Fanatik sports reported the club would offer Skrtel a three year contract on an annual salary of 2.5 million euros ($2.75 million) and would pay Liverpool a nominal sum for the transfer.

Skrtel came to Istanbul on Wednesday to complete his 5.5 million-pound move from Liverpool to Fenerbahçe.

Liverpool agreed Skrtel's transfer with Fenerbahçe last month because the Slovakia center-half has become surplus to requirements after eight-and-a-half years at Anfield.

Skrtel, 31, went on holiday after Slovakia's exit from Euro 2016 and is now ready to commit his future to Fenerbahçe.

The Turkish club have announced that the defender finalized his move and it is understood personal terms have been agreed.

Skrtel is moving because his first-team options at Liverpool would have been extremely limited next season.

Skrtel represented Slovakia at this summer's Euros. Skrtel fell down the pecking order under Jurgen Klopp last term, making just 27 appearances in 63 games - the fewest since his arrival in 2008.

The arrival of Joel Matip and the expected progress of Joe Gomez have bolstered Liverpool's defensive options, meaning that Klopp is willing to let the defender go.

Also set for an Anfield exit this summer are the like of Christian Benteke and Jordon Ibe who have both been linked with moves away from the club.

The Istanbul giant's club chairman Aziz Yıldırım is hoping that the formal signing ceremony will take place as soon as Monday.

The signing of Skrtel, who has been a regular for Liverpool since 2008, would be the latest big name transfer for Fenerbahçe.

On the way out however is Portuguese winger Nani, who has reached an agreement to join Spain's Valencia after just one season in Istanbul.

All eyes are currently on whether Dutch striker Robin van Persie stays at the club after an up-and-down first season.

Having had to watch city rivals and Turkish champions Beşiktaş qualify directly for the group phase, Fenerbahçe will contest the Champions League third qualifying round in late July.