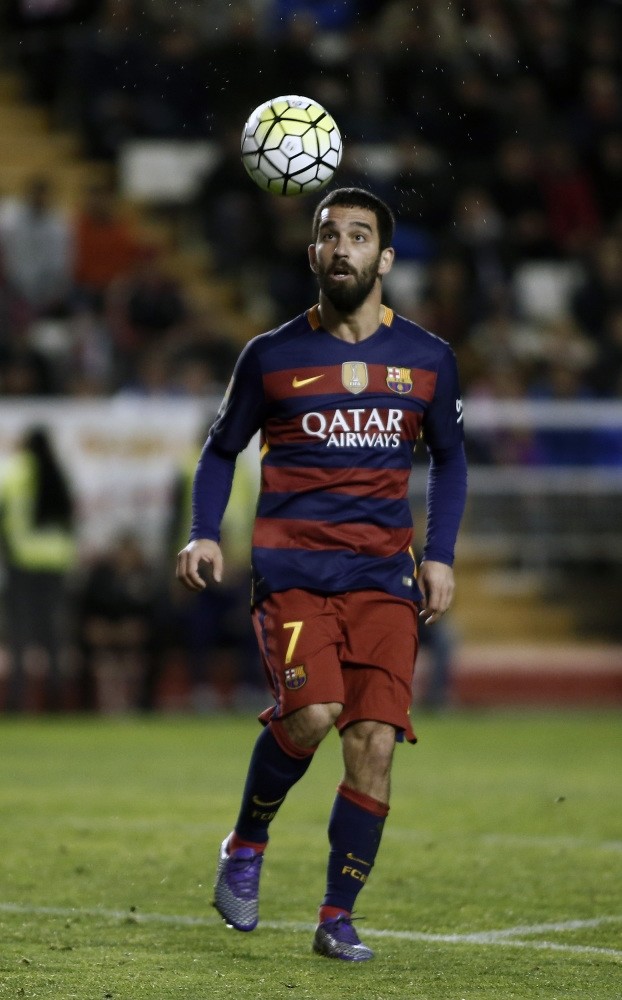 by Daily Sabah Jul 15, 2016 12:00 am
Arda Turan wants to stay at Barcelona and fight for his place rather than move to another league, according to the player's agent. The Turkey midfielder struggled to make an impact at Barça last season after joining from Atletico Madrid. He was unable to play for the first half of the season because of Barcelona's transfer embargo and when finally eligible, he featured for only 810 minutes in the league, scoring two goals and providing four assists.

The 29-year-old is keen to stay with the Spanish champions, despite reports Arsenal and Chelsea are monitoring his situation, along with Juventus and Borussia Dortmund. "The interest [in Arda] is normal but the rumors saying he is leaving Barcelona are false, he is happy at the club," the agent, Ahmet Bulut, told the Guardian.

Turan spent four years at Atletico Madrid and won the club's first league title for over a decade under the stewardship of Diego Simeone, as well as the Spanish Cup, the Europa League and the European Super Cup. Meanwhile Barcelona have signed the France full-back Lucas Digne from Paris Saint-Germain for 16.5 million euros.
Last Update: Jul 15, 2016 4:02 am
RELATED TOPICS