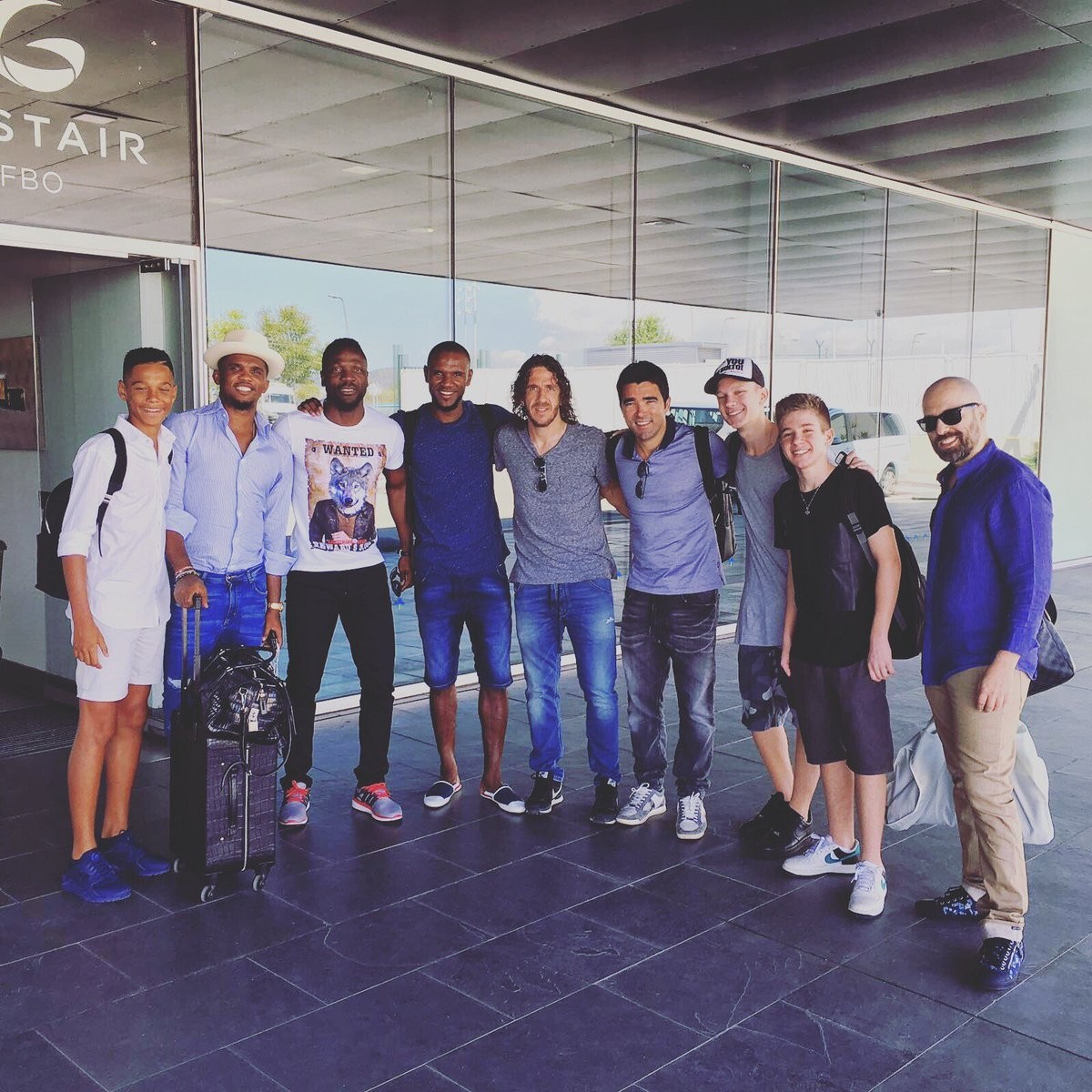 by Daily Sabah Jul 15, 2016 12:00 am
Former Barcelona players Samuel Eto'o, Eric Abidal, Carles Puyol and Deco headed to Turkey together on Friday for a charity match organized by Eto'o himself.

On Friday, Puyol tweeted a photo of him at the airport with his former teammates with a caption "On my way to Turkey with good friends! Eager to play again with them!"

Famous football stars will come to Turkey as part of the 10th anniversary of the Samuel Eto'o Private Foundation and play a match against Turkey's stars in Antalya. President Recep Tayyip Erdoğan will also participate in the match.

Argentine star Messi is expected to arrive in Antalya on Saturday.

All of the funds raised from the match, organized by the World Tourism Forum, on July 16 will be donated to the Samuel Eto'o Foundation.
Last Update: Jul 15, 2016 9:41 pm
RELATED TOPICS