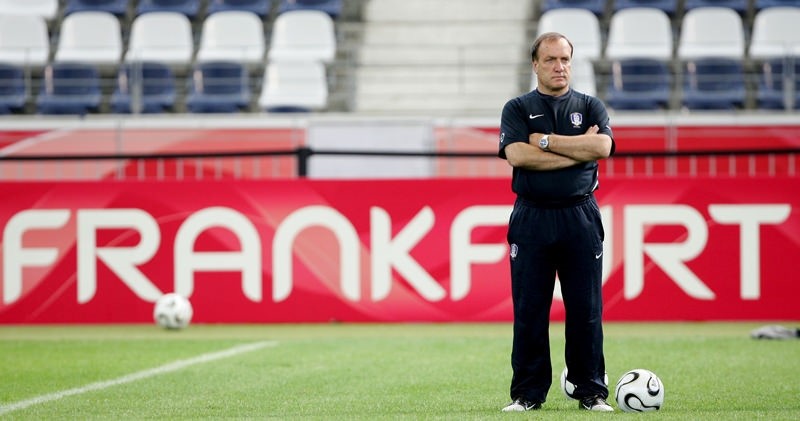 Fenerbahçe are set to sign Dutch coach Dirk Advocaat to their top job, replacing outgoing Portuguese manager Vitor Perreira. The Istanbul side fired Pereira after they were eliminated from the Champions League qualifying round by Monaco and performing poorly during their pre-season preparations, Advocaat could be taking charge of the team's training as soon as today, NTV channel and Fanatik sports daily reported. In a statement to Fanatik, Advocaat, 68, appeared to confirm the appointment, saying he thought he would not return to club management but Fenerbahçe made an offer he could not refuse.

"Fenerbahce made me an unbelievable offer. And I agreed. You don't turn down such an offer from such a big club," he was quoted as saying. In a colorful managerial career spanning three decades that has seen spells with some two dozen clubs and countries, Advocaat most recently managed Zenit St Petersburg and Sunderland. Fenerbahçe decided to part company with Pereira after the team's defeat at the hands of Monaco in the third qualifying round of the Champions League earlier this month.

The board are keen to have a new manager in place for when Fenerbahçe take on Grasshoppers of Zurich in the first leg of the play-offs for the Europa League in Istanbul on Thursday. Turkish press reports say Advocaat has already stepped down from his position as assistant to Netherlands national manager Danny Blind for the move.

"I am shocked and disappointed," said Blind, who had asked the experienced Advocaat to help him as the team seek to overcome the disappointment of missing out on this year's European Championship in France and focus on 2018 World Cup qualification.

"When I approached Dick last year to be assistant, he gave me the impression he wanted to do it for the long term.

"But anyway, there is no point in standing still, we have to carry on. From now on what is important is our upcoming matches against Greece and Sweden."

Van Breukelen said he would be seeking a replacement after being "unpleasantly surprised."

Pereira, a former Porto and Olympiakos boss, was appointed Fenerbahçe coach in June 2015.

But the club lost out to local rivals Beşiktaş in the race for the league title last season despite boasting talent like former Manchester United stars Robin van Persie and Nani.