Coach Terim: Turkey will get into a winning habit again 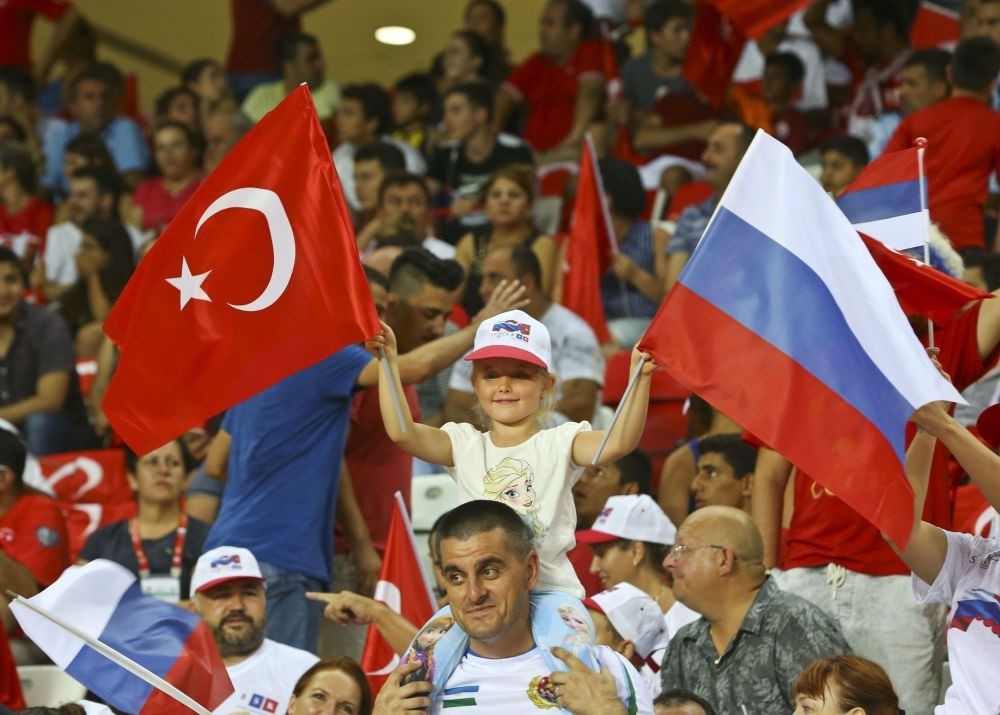 After the friendly match against Russia marking the improving relations between the two countries, Turkey coach Fatih Terim said, 'Under the circumstances, not losing is uplifting but we will again become a team has the winning habit'

After dropping a number of star players, Turkey faced Russia with a very different team on Wednesday night in Antalya. Russia earned a 0-0 draw in the friendly that was arranged late in order to mark an improvement in diplomatic relations between the two nations after a period of strained ties.

The match was just a friendly but for head coach Fatih Terim it was a serious test considering the risk he took in dropping captain Arda Turan. Turkey and Russia drew 0-0 but Terim was hopeful and optimistic because the experimental squad he tried was not defeated. After the match, the Turkey coach said, "Under the circumstances, it was uplifting for our new footballers to not be defeated. However, we will again become a team that gets into the habit of winning again. Nobody doubts that.

"Every match is difficult and Russia are powerful rivals with their physical capacity and important players. It was a good thing that we could see our players' condition. Especially our young players such as İsmail Köybaşı, Ahmet Yılmaz Çalık, Okay Yokuşlu, Enes Ünal, Serdar Aziz, Hasan Ali Kaldırım. Both teams found good positions but could not turn them into goals."

Turkey faced Russia for the first time in 18 years before its match with Croatia Sunday in the 2018 FIFA World Cup qualifiers. Foreign Minister Mevlüt Çavuşoğlu attended the match, along with Youth and Sports Minister Akif Çağatay Kılıç and Russia's Sports Minister Vitaly Mutko.

Elsewhere, Bastian Schweinsteiger captained Germany for the last time in a 2-0 friendly victory over Finland on Wednesday, receiving an emotional send-off to cap a 12-year international career that included the 2014 World Cup title.

Schweinsteiger burst into tears as he was honored before kickoff and was cheered nearly every time he touched the ball. The 32-year-old midfielder decided to quit the national team after the European Championship, where Germany lost in the semifinals to host nation France in July. Leaving the match in the 67th minute, Schweinsteiger received another standing ovation. Schweinsteiger made his debut in 2004, in a 2-0 loss to Hungary, and finished with 121 caps. His teammate Lukas Podolski, whose Germany career began at the same time and who also quit after the European Championship, was at the stadium to see his friend off but did not play because of an injury. He will get his farewell match next year.

Germany play Norway in a World Cup qualifier on Sunday as it begins its campaign to defend its title in Russia in 2018, but coach Joachim Loew rested most of his regulars, giving young players a chance to prove themselves.

In other friendlies in Europe, Norway had less than an ideal preparation before hosting Germany by losing 1-0 at home to Belarus. The Czech Republic beat Armenia 3-0.
RELATED TOPICS