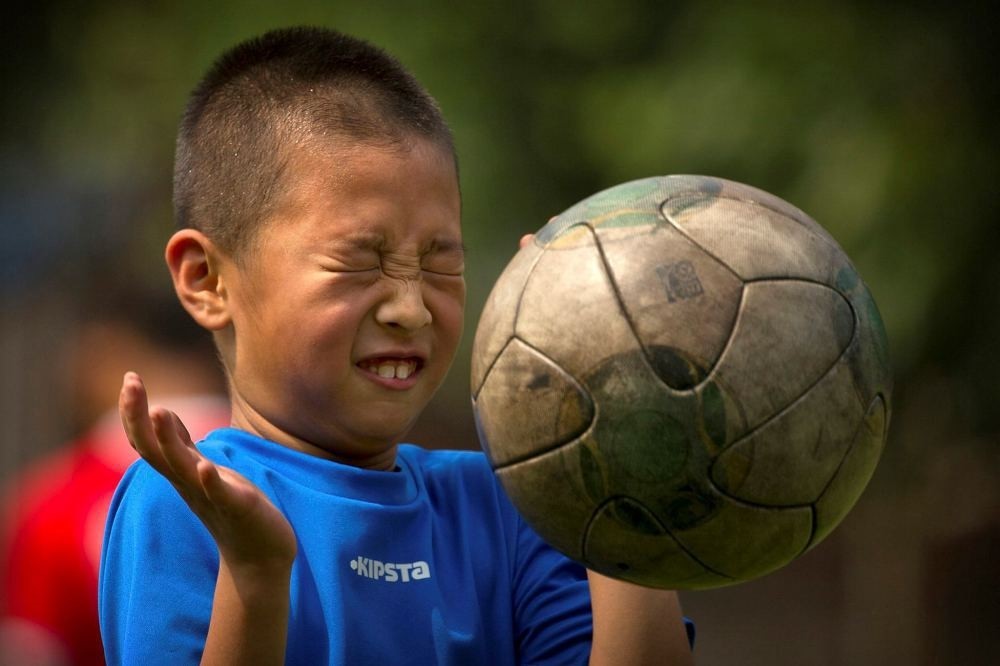 by Associated Press Sep 05, 2016 12:00 am
As coaches take notes, teenagers dribble footballs through a course of cones on Ritan Middle School's gleaming artificial field in eastern Beijing, part of a massive program to promote football as a pillar of China's rise to global prominence. The 14-year-old boys and girls were being scrutinized under a newly added section of Beijing's high school entrance exam, which beginning this year includes an elective football skills test in addition to such standards as Chinese, math, and English.

While the skills tests comprise only a small part of the placement exam, the fact education officials tweaked a notoriously rigid standardized test is one sign of how thoroughly China is mobilizing under President Xi Jinping's drive to overhaul the game domestically and turn the Chinese team into a World Cup winner by 2050. The football revolution spans from schoolyards to the top professional league. Local officials tout how thousands of high schools are becoming government-designated football "priority" schools. Cities announce hundreds of football complexes being built every week.

Chinese clubs are paying record fees to woo stars away from Europe and boost interest in the domestic league. And in the past year alone, Chinese investors have spent a staggering $3 billion to buy stakes in European clubs, with the stated aim of bringing football know-how back to China.

"We've talked about football under several top leaders but until now, there has never been this will," said Pang Xiaozhong, former director of the Institute of Sport Science, an arm of China's state sports program. "It's unprecedented."
RELATED TOPICS