Turkey needs an extraordinary performance to beat Croatia at home 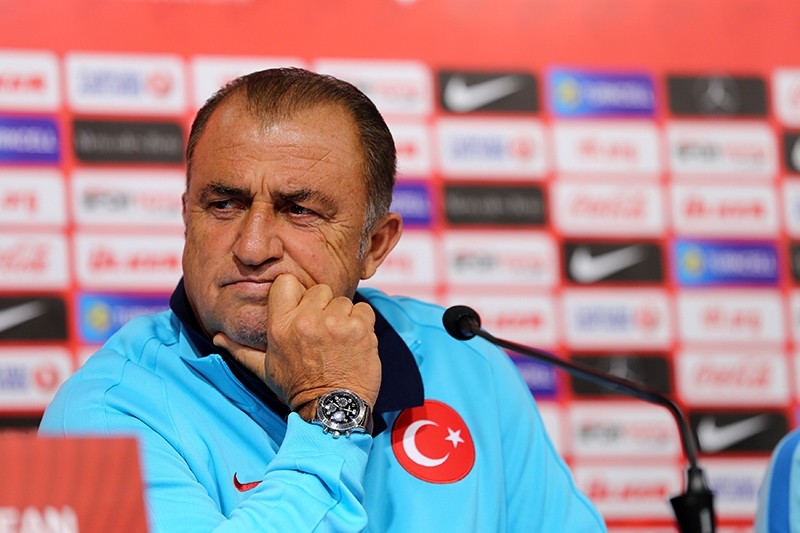 A columnist must be always aware of the dangers of a prediction piece, but the game play of the Turkish national team against Russia last week and the players' individual performances convinced me that Turkey would need more than 'the usual' in Croatia. I will explain the reasons for my argument in two dimensions; firstly, Turkey has not had much time to prepare for this game and their game play is still insufficient, and secondly, Croatia is one of the best teams in the qualifiers without a doubt.

However, before I start talking about my arguments, I want to share quite a hilarious observation that I have made on Turkish online betting sites. Even though Turkish people are known for their patriotic behavior and dedication to their country, Turkish fans' level of realism about the outcomes of the Croatia game truly surprised me. Turkish fans were fully aware of the dangers that Croatia posed and the deficiencies of the Turkish national team. Some users even encouraged other users to bet on Croatia, which is very unusual for Turkey.

Now this, despite being far from scientific research, can at least give some serious clues about the worries of Turkish fans ahead of the game. When financial interests come into play, it is obvious for all eyes that Croatia needs special treatment as a competitor and Turkey needs to show tremendous effort to get three points.

The dangerous signals started peeking through in the Russia game last week, which ended in a goalless draw. Even though it conceded no goals, Turkey had problems with creating opportunities on the Russian side of the field. Emre Mor, the wonder kid of the team, was all alone in the opponent's field and had to create opportunities for his team. Now given this, it is obvious that Croatia will strictly play defense against Mor and therefore Turkey will need a "Plan B" to be able to score. Nevertheless, without organizing Tolga Ciğerci, Emre Mor, Hakan Çalhanoğlu and Cenk Tosun in a tactical formation, it would be extremely hard for the Turkish team to threaten the Croatian side and score a goal. Added to that, it is crucial to answer how Turkey is going to maintain the offensive flow, given that there was not enough support from defense to the offence in the game against Russia. If Mehmet Topal and Ozan Tufan position deeply in their half, as they did in last week, it would be impossible to keep the ball in the Croatian half.

Nevertheless, when it comes to individual talents, Turkey should use its talented players very efficiently and should not just concentrate on Emre Mor as its star man against Croatia with Luka Modric (Real Madrid), Ivan Perisic (Inter), Marcelo Brozovic (Inter), Ivan Rakitic (Barcelona) and Mario Mandzukic (Juventus). It would turn the game into a very one sided event for Turkey. Furthermore, Turkey has changed all four players of their defensive line and has instead chosen four 'out of form' defenders who have never played with each other (İsmail Köybaşı, Çağlar Söyüncü, Serdar Aziz and Şener Özbayraklı). Now, these players need to be extremely cautious and should not panic even if Turkey concedes goals, because if Croatia finds enough space and time, it will be impossible to stop their offensive power.

Finally, Croatian coach Ante Cacic showed the world that he is able to use his international talents in collective game play, as they beat Turkey and Spain in the tournament. Seeing as they are strategically and tactically in a much more experienced and talented position than their opponent, we can say that the Turkish national team will face its true test here. Turkish fans should not forget that qualifying for the 2018 World Cup is a long-term effort, therefore short-term successes or failures can be overlooked. I believe that Croatia is the clear favorite of the game and will win eventually, whereas Turkey should focus on improving in the long term.