Forgiven Eto'o back for Antalyaspor after racism row 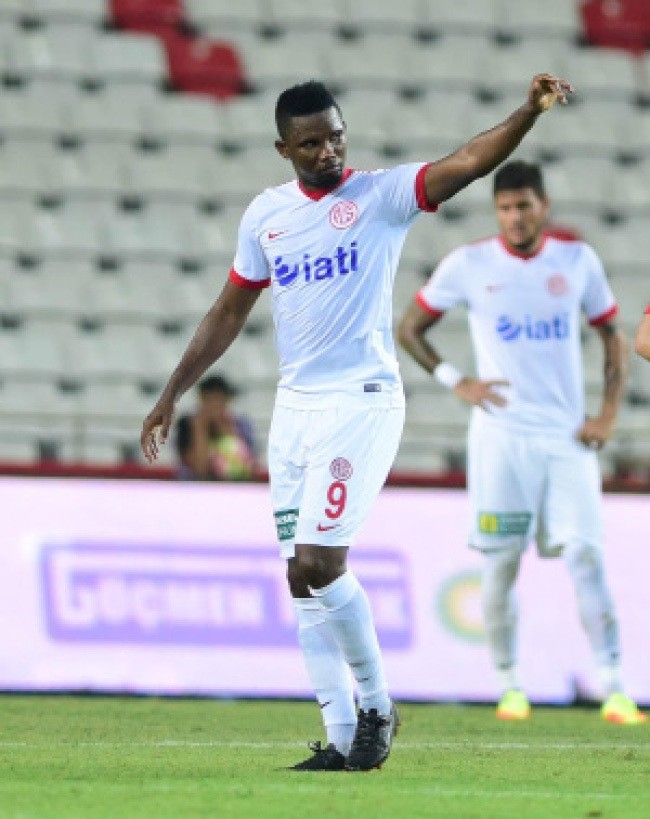 by Oct 03, 2016 12:00 am
Former Cameroon international Samuel Eto'o (above) was recalled by Turkish side Antalyaspor on Sunday after being dropped for allegedly accusing the club leadership of racism on social media. Club chairman Ali Şafak Öztürk said the former Barcelona, Inter Milan and Chelsea star had been forgiven after expressing regret for the remarks.

Eto'o was included in the side to face Galatasaray in Istanbul Sunday and pictures published by the club showed him in training and shaking hands with Portuguese coach Jose Morais. Antalyaspor will need all of the 35-year-old striker's skill and experience to improve their current predicament, which sees them parked at the bottom of the Super League with just two points from five games.

The big-spending club had hoped for far better when they signed Eto'o in June 2015 as the keystone of their bid to find national and even European success for the southern Mediterranean resort city. After criticism of his own performance, Eto'o wrote on his Instagram account last month that "some people do not feel respect for me because I am black." This was seen by many as a dig at Antalyaspor chairman Öztürk and Eto'o was dropped from the team and told to train alone. The chairman said that Eto'o had expressed regret over the posting and insisted it was not aimed against the club leadership. "We have taken him back into the team again."

He said that racism was a grave accusation and Eto'o needed to be more careful in the future.

"These are very important issues not just for this player but players across the world," he said, quoted by Turkish media. "We think our player will behave more carefully and make a contribution to the team."
RELATED TOPICS