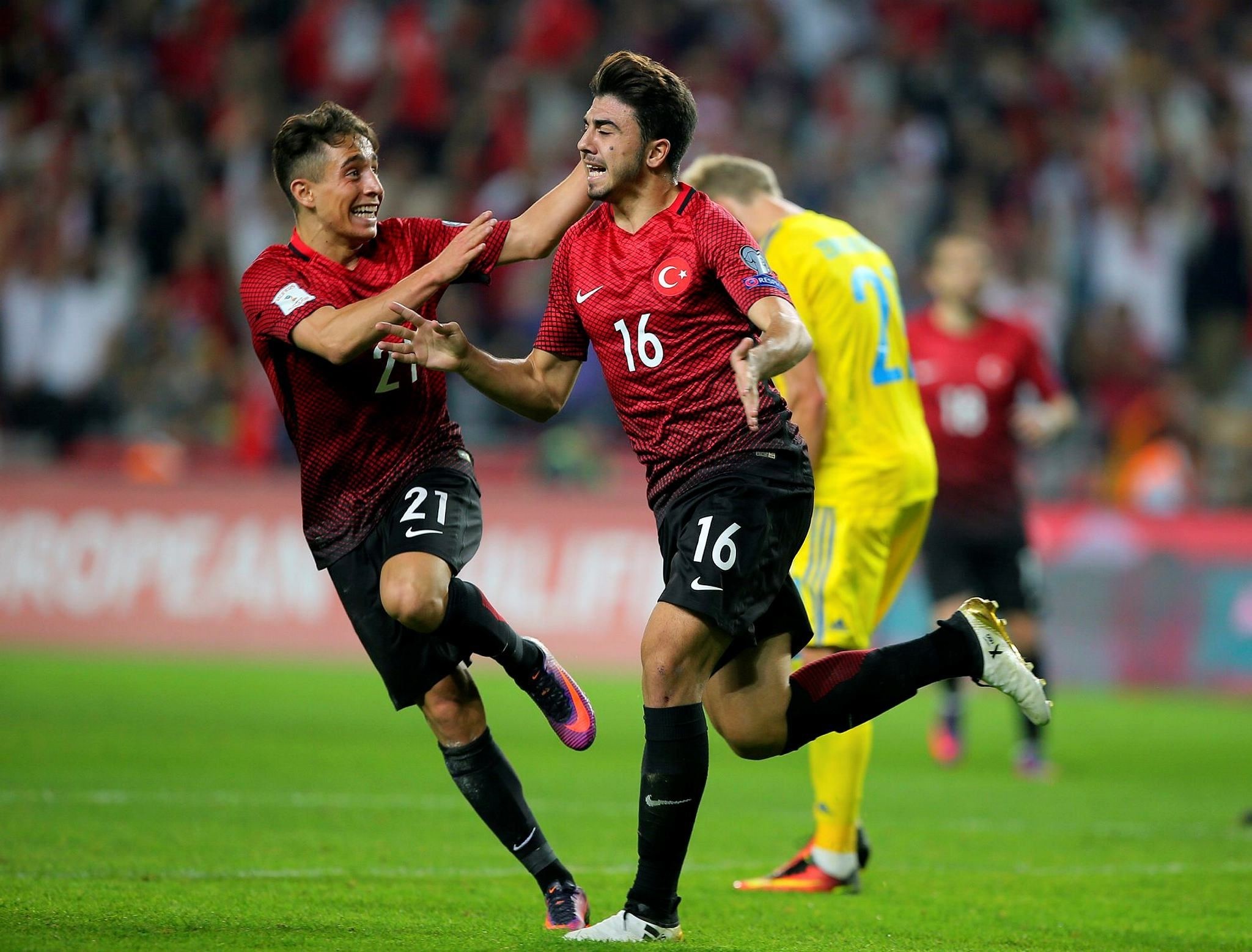 Turkey's Ozan Tufan, right, celebrates after scoring, as his teammate Emre Mor runs to join him, during the World Cup Group I qualifying match between Turkey and Ukraine. (AP Photo)
by Oct 07, 2016 12:00 am
Turkey clawed their way back from two goals down to salvage a 2-2 draw at home to Ukraine with a late penalty from Hakan Çalhanoğlu in their Group I World Cup qualifier on Thursday.

Andriy Yarmolenko put the visitors ahead in the 24th minute with a penalty after Ömer Toprak brought down Artem Kravets. Two minutes later Kravets doubled their lead when he was played in by Yarmolenko after springing the offside trap.

Ozan Tufan pulled a goal back for the hosts just before the break with a header in a crowded area from a corner by Çalhanoğlu, who equalised in the 81st minute with a penalty after Taras Stepanenko had pulled Cenk Tosun's shirt.

Turkey coach Fatih Terim controversially left Barcelona's in-form midfielder Arda Turan, Burak Yılmaz of Beijing Guoan and Galatasaray's Selçuk İnan out of his squad after the country's poor Euro 2016 campaign when they went out at the group stage.