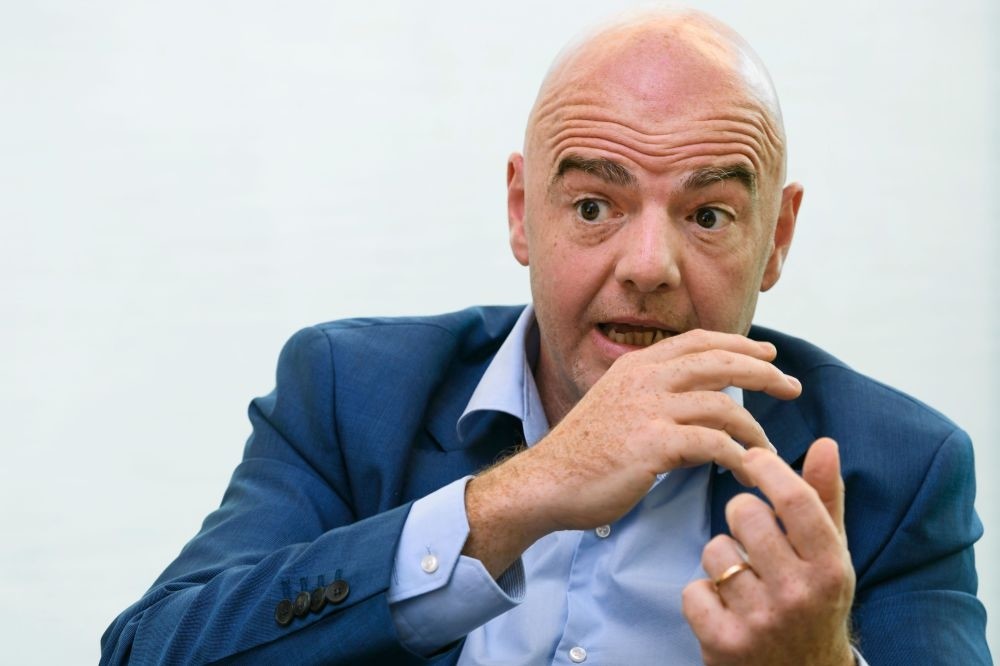 by Oct 07, 2016 12:00 am
FIFA president Gianni Infantino (above) will make finding a solution to the bitter dispute over Israeli football clubs playing inside the occupied West Bank a "priority," he told AFP in an exclusive interview. Six clubs in the Israeli league currently play in West Bank Jewish settlements, which are considered illegal under international law. By allowing games to be contested there, FIFA is engaging in business activity that supports Israeli settlements, Human Rights Watch (HRW) claimed in a recent report. HRW said this endorsed the "theft" of Palestinian land and that the presence of Israeli clubs on the territory ran contrary to human rights commitments undertaken by football's governing body.

"This is one of my priorities and our priorities. I have not yet gone into the area simply because the situation is such that at the moment the conditions are not there yet, but we're working on it," Infantino insisted to AFP. The Israel Football Association argued recently that sport was being "dragged from the football field into a political one" but it had faith FIFA would deal correctly with the issue. It needed to focus on "developing and maintaining the game as a bridge connecting people and not as a wall that divides them", the association said.

However, Palestinian Football Association (PFA) head Jibril Rajoub confirmed to AFP they had asked the Asian Football Confederation and European Union to take up the case and were hopeful FIFA's executive committee would support them. In theory, if the issue is not resolved, the PFA could renew its efforts to expel or suspend Israel from FIFA. Israel occupied the West Bank in the 1967 Middle East war. The Palestinians have long opposed the participation in the Israeli championships of the settlement clubs, which play in Israel's third, fourth and fifth divisions. FIFA is expected to discuss the issue at an Oct. 13-14 meeting of its executive committee.
RELATED TOPICS