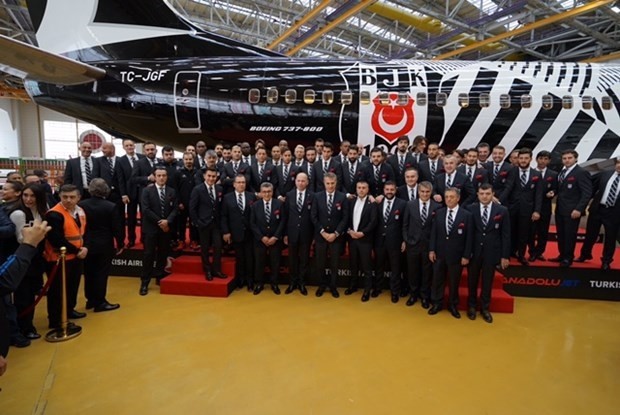 The team's first flight with the plane was to Italy's Napoli city on Tuesday for its Champions League match against Napoli, which will be played on Wednesday.

The paintwork on the Boeing 737-800 jet was designed by the airline and painted black and white – the team's colors – with its logo placed on the tail part.

Speaking before the jet's first flight from Istanbul's Sabiha Gökçen Airport, the Chairman of Beşiktaş, Fikret Orman said the team will be using the black-and-white jet for all of its travels and will be coming back with victories.

Beşiktaş has drawn its opening two games in the group and are unbeaten in all competitions this season, apart from losing on penalties to Galatasaray in the Turkish Super Cup.

Beşiktaş is set to play a tough away match against Italian football heavyweights Napoli on Wednesday as the Italian team is already leading Group B after winning the first two matches. Meanwhile Beşiktaş is in second place with two points and is looking forward to their first victory in the group.