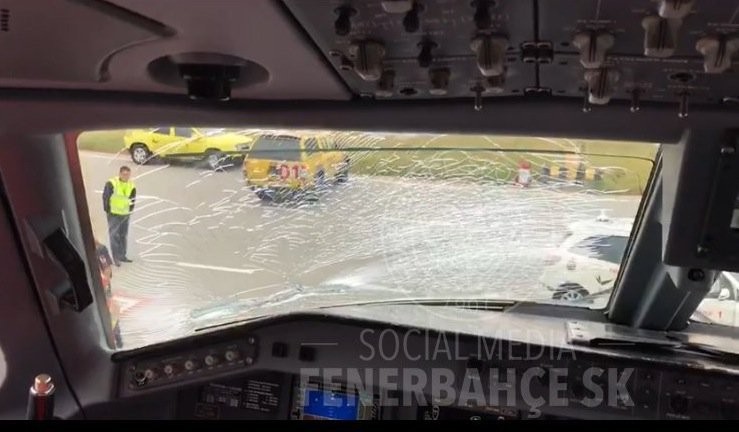 Fenerbahçe football team's plane going to Britain for a Europa League game against Manchester United has made an emergency landing in Budapest after its windscreen broke on Wednesday.

According to statement released on the official web site of the football club, no one in the plane was injured.

"The Fenerbahçe players were on board and are now safely waiting in the terminal building for another aircraft, on which they will continue their journey to England."

Fenerbahçe are scheduled to play a Europa League Group A match at Manchester United on Thursday.

The plane reported "loss of cabin pressure due to a ruptured windscreen" after an unknown object hit it, Hardy said.

"It happens once every few months, it's inconvenient but not a drama."

The club added in a statement from Istanbul that a bird had hit the cockpit window, adding that a replacement aircraft had departed from Turkey to take the players to their destination.

Fenerbahçe will be hosted by Manchester United in Group A match of the Europa League on Thursday.