Pogba shines as history fails to repeat itself for Fenerbahçe 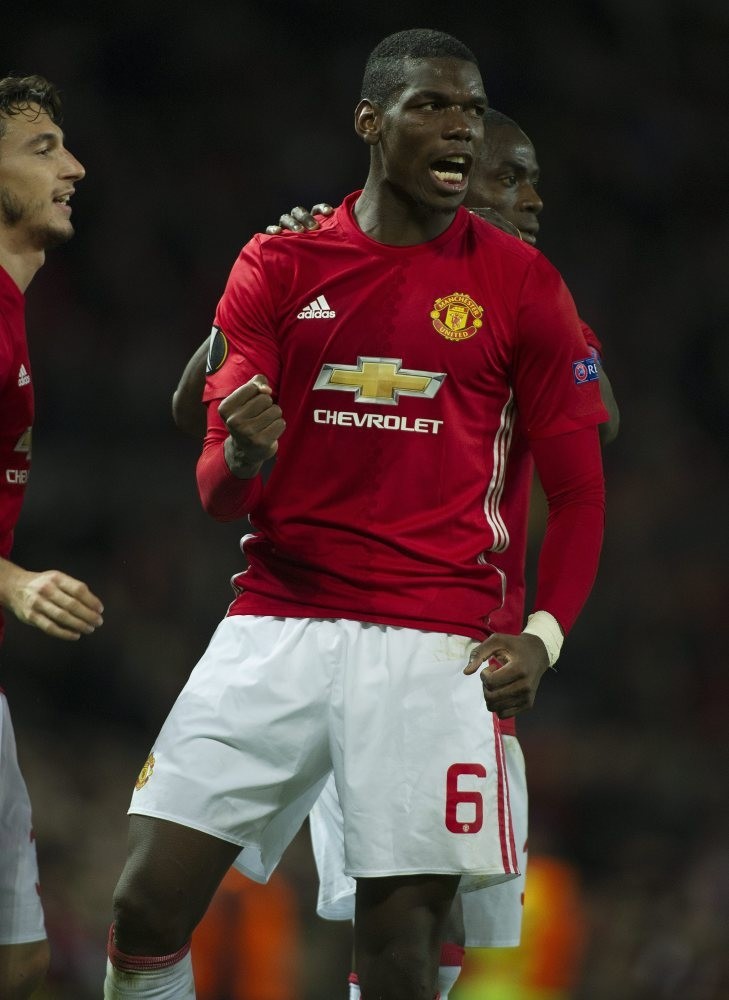 The real winner of the match was the most expensive player in history, Paul Pogba.
by Daily Sabah with Wires Oct 22, 2016 12:00 am

The Yellow Canaries were the first European club to win a competitive game at Old Trafford in 1996. However, Manchester United eased past Fenerbahçe with a 4-1 home victory this time as Pogba began to justify his world-record $116 million price tag

In the 1996/97 group stage, Fenerbahçe won 1-0 thanks to Elvir Bolic's goal - the Red Devils' first ever UEFA home defeat after 40 years. This result created big stir in Turkey back then. However, on Thursday, Fenerbahçe were disappointed after a 4-1 blow from Manchester United in the Europa League. The real winner of the match was the most expensive player in history, Paul Pogba.

When Fenerbahçe last visited Old Trafford, it was 2004 and a trio of devastating Wayne Rooney strikes, on the then 18-year-old's debut, gave the club's record signing instant lift-off. Until Thursday night Paul Pogba had made a less explosive start but Thursday, with Fenerbahçe back in town, he showed what he can do in the 4-1 win. Pogba cast aside criticism of his recent performances by delivering a reminder of his talent, scoring twice against Fenerbahçe.

"Two days ago, he was the worst player of the Premier League and 48 hours later he is phenomenal," Mourinho said sarcastically. "He needs time. To be in Italy for four or five years and come back to the Premier League, I wasn't expecting him to click his fingers and get back his intensity."

Defeat saw Fenerbahçe slip from first to third place in Group A, two points below United and Feyenoord ahead of next month's return fixture against Mourinho's men. Having finished second to Beşiktaş in the Turkish Super Lig last season, Fenerbahçe are currently eight points off the pace in ninth place and coach Dick Advocaat is desperate for answers.

"We have to talk tomorrow about everything with the team," said the 69-year-old Dutchman.

"Some players last season did really well, but what I see this season is not good enough. I'd really like to know the reason."

"The first 30 minutes, the game was balanced, with United having more possession, but not creating many chances," said Dick Advocaat.

"But if you give goals away against a team like United, with the quality they have, you're asking for problems."

Fenerbahçe may partly blame the performance on their chaotic buildup to the match. The airplane carrying the Turkish team to England on Wednesday had to make an emergency landing in Hungary after a bird strike cracked the windshield. The journey lasted around 12 hours, causing Fenerbahçe to miss training at Old Trafford.

Though a forgettable night for Fenerbahçe, for one visiting player there was a moment to remember forever. Robin van Persie scored 30 goals in Sir Alex Ferguson's final, title-winning, season. As the chants of his name when he took a first-half corner at the Stretford End underlined, United fans had not forgotten. Their appreciation was writ large seven minutes from the end when Van Persie put the ball past De Gea and the home crowd rose in applause. They were even chanting his name at the final whistle.

Meanwhile, other Turkish teams in the Europa League each drew against their opponents.

Atiker Konyaspor played to a 1-1 draw against Portugal's Braga in a Group H match in Konya while Osmanlıspor and Spanish team Villarreal ended 2-2 in Group L play in Ankara.
RELATED TOPICS