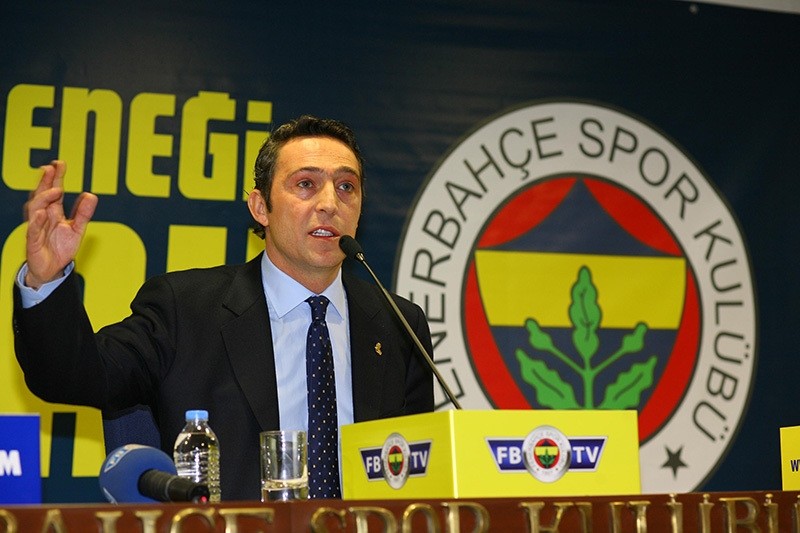 Turkish businessman Ali Yıldırım Koç, a third-generation member of Turkey's wealthiest Koç family, has announced his candidacy for the chairmanship of Fenerbahçe sports club on Monday.

Hulusi Belgü who had competed for chairmanship in the last election, losing to Aziz Yıldırım, shared the first tweet of Koç's announcement for candidacy on his Twitter account.

Koç's candidacy was approved on the official website of the association a few hours later.

49-year-old Koç has been serving as vice president of the club under the chairmanship of the Aziz Yıldırım.

Yıldırım had defeated his rival Hulusi Belgü after securing 5,504 votes in the election, while Belgü received 1,144 votes.

Aziz Yıldırım has been at the helm of Fenerbahçe, one of the biggest sports clubs in Turkey, since 1998.

He was praised by the Turkish sports community for his contributions to the club's financial status and infrastructure, and Fenerbahçe gained significant success in all sports branches.

However, results in football have been relatively poor as Fenerbahçe only managed to claim the championship title six times in the Yıldırım era.

His management style and bitter statements have also received heavy criticism from both the Fenerbahçe community and other clubs, while he has often engaged in bitter breakups with players and coaches who were influential in the club's history.

During his term, Yıldırım had engaged in a bitter strife with a fan group named "Genç Fenerbahçeliler" (Young Fenerbahçe Fans), highlighting his seesaw tenure with the team.