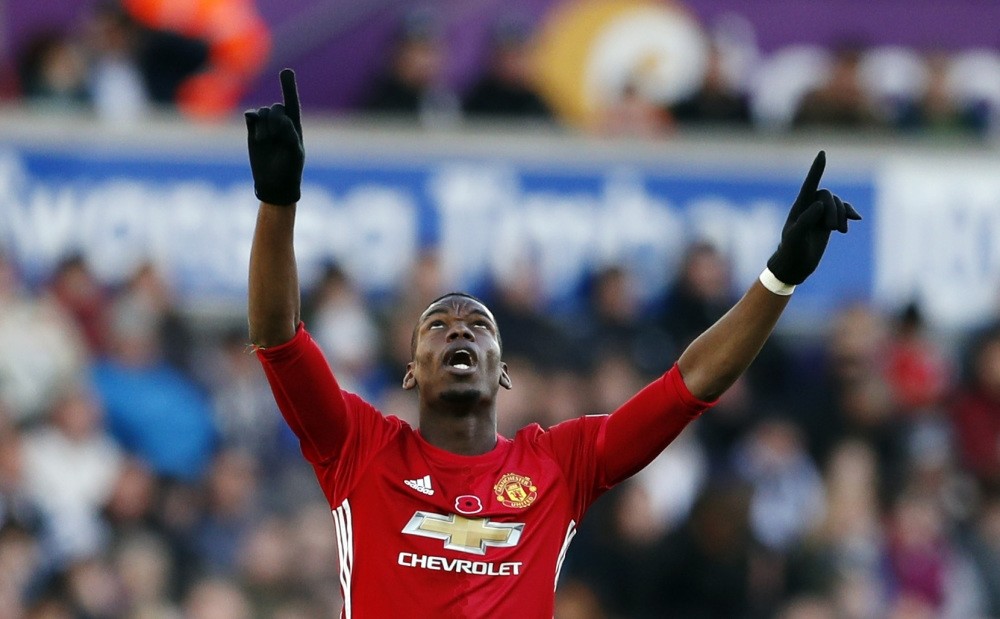 Manchester United's French star Paul Pogba now holds the title for the most expensive football player single transfer for the reported fee of $116 million.
by French Press Agency - AFP Nov 08, 2016 12:00 am
The presence of expatriate players in the 31 top division leagues in Europe reached a new record of 38.7 percent in 2016, according to the CIES Football Observatory Monthly Report for November published Monday.

That figure was up from 34.8 percent in 2009, CIES said, adding that the presence of club-trained players continues to decrease: from 23 percent in 2009 to 19.2 percent in 2016. The league with the highest percentage of expatriates, defined as footballers playing outside of the country where they started playing and from where they departed following recruitment by a club overseas, was in Greek Cyprus, where foreigners represent 65.4 percent of the players. The Greek Cypriot league was followed by Turkey (62 percent), England (61.8 percent), Belgium (60.1 percent) and Italy (56.2 percent), while Serbia was at the bottom of the list with 16.1 percent.

Slovakia heads the list of leagues with the highest number of club-trained players in Europe with 31.5 percent, followed by Ukraine (30.6 percent) and the Czech Republic (28.6 percent). Bottom of that list comes Turkey (6.9 percent), with a club-trained player described as one having played at least three seasons between 15 and 21 years of age in his employer team. The study also showed that "greater international mobility of players brings with it a growing instability in squads". The average number of players recruited during the year among those present on October 1 has increased from 9.1 in 2009 (36.7 percent of squads) to a new record of 10.7 in 2016 (43.9 percent). The average length of stay of players in their employer club has never been as low as in 2016: 2.2 years.
RELATED TOPICS