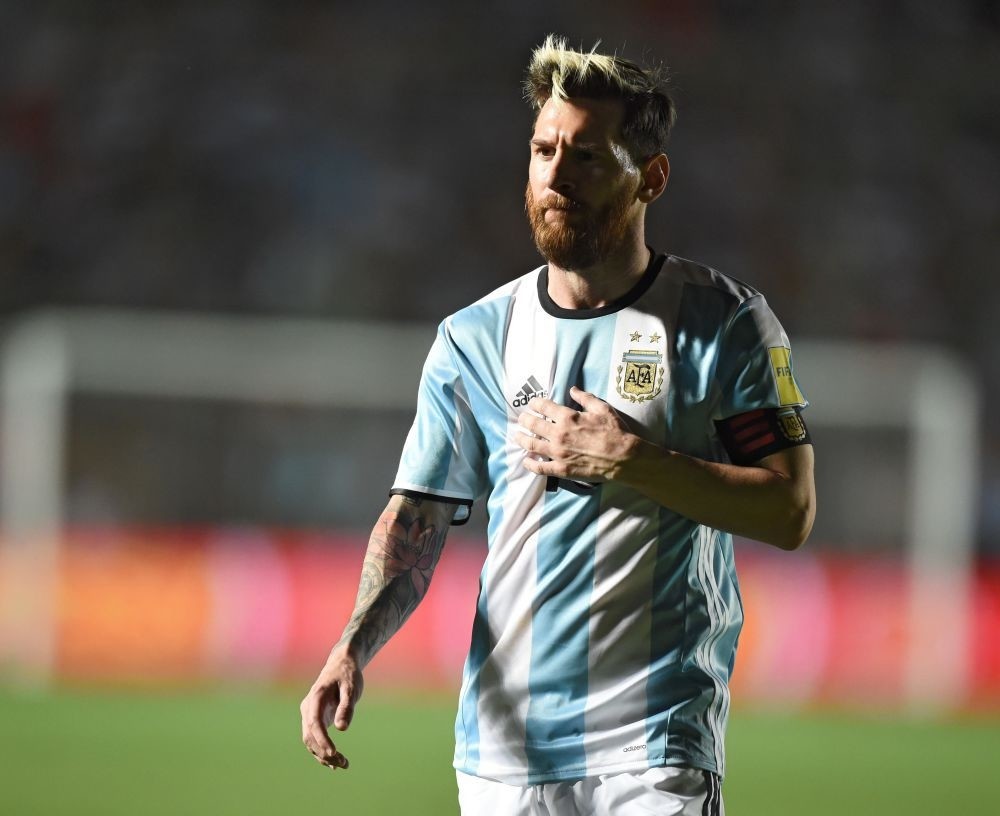 by Nov 17, 2016 12:00 am
Lionel Messi led his 26-man Argentina squad in a protest on Tuesday against perceived mistreatment by the media, saying they were boycotting the press until further notice. Messi had just inspired a 3-0 home win over Colombia scoring one goal and laying on the other two to put Argentina's World Cup qualifying campaign back on track. "We have decided not to speak any more with the press," Messi announced in the post-match press conference room with his 25 team mates attending.

"We've received many accusations, a lot of lack of respect and we never said anything. We're very sorry it has to be like this but we have no option," the captain said.

"We know there are lots of you who are not in the game of not showing us respect but getting into one's personal life is very grave and that's why we're here (announcing this)," he added before they all walked out.

The players have suffered criticism by sectors of the Argentine media over a loss of form and poor results, but their decision was sparked by a radio report alleging Ezequiel Lavezzi smoked marijuana after a practice. It transpired at the press conference that Lavezzi is taking the Radio Mitre reporter to court.