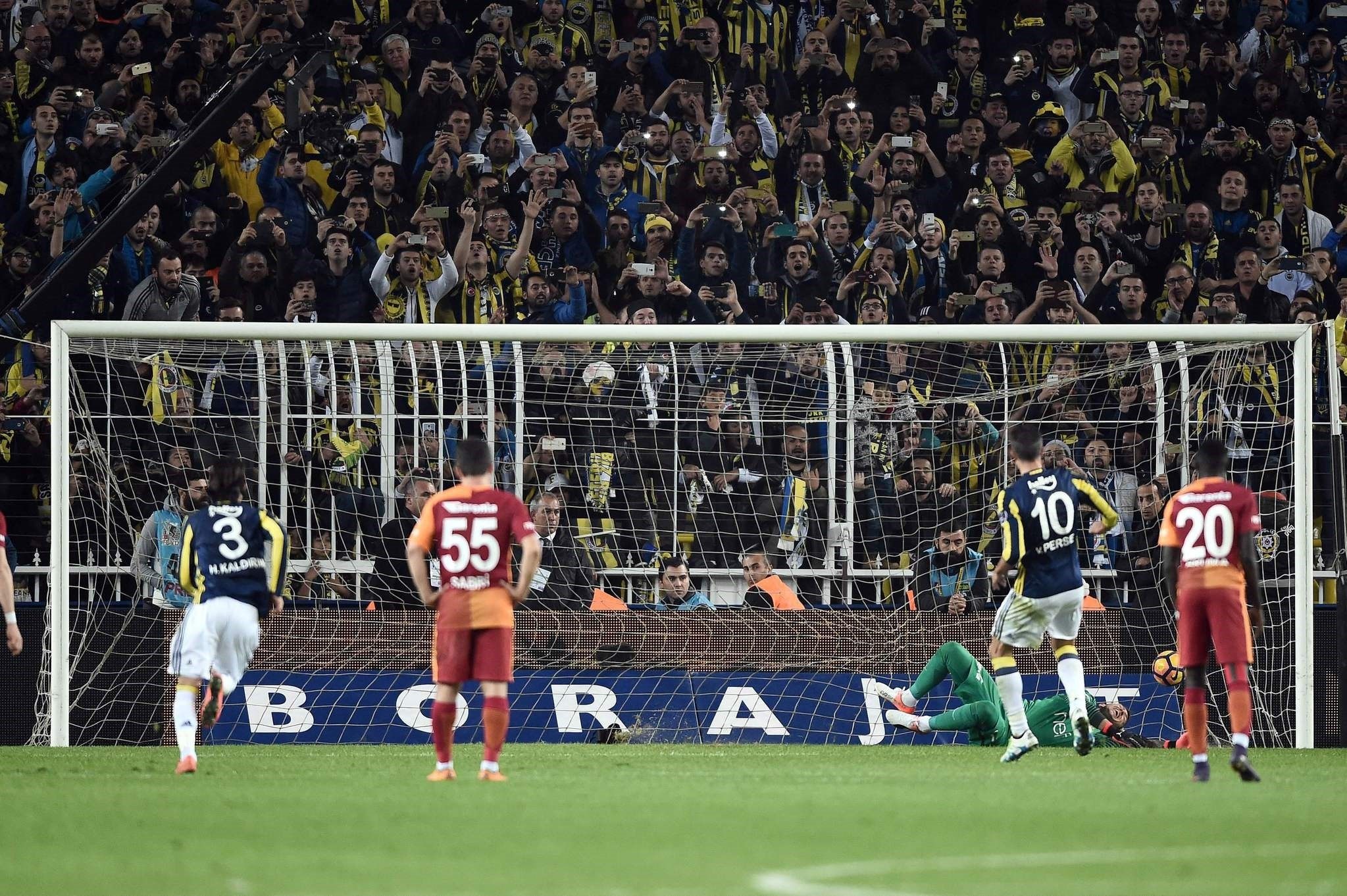 The Yellow Canaries scored the leading goal in the 45th minute with Dutch forward Robin van Persie, who also found the net in the penalty area in the 78th minute.

Fenerbahçe dominated the play, with Galatasaray unable to muster its offense.

Some Fenerbahçe regulars were absent from the derby. Turkish central midfielder Mehmet Topal was suspended, and Dutch winger Jeremain Lens had sustained an injury from Netherlands' friendly game against Belgium.

With the win, Fenerbahçe raised their points to 21, while the Lions stood at 20, unable to break the 17-year curse.

The perennial rivalry between the two teams started over a century ago, on Jan. 17, 1909, with a special match which ended 2-0 in Galatasaray's favor.