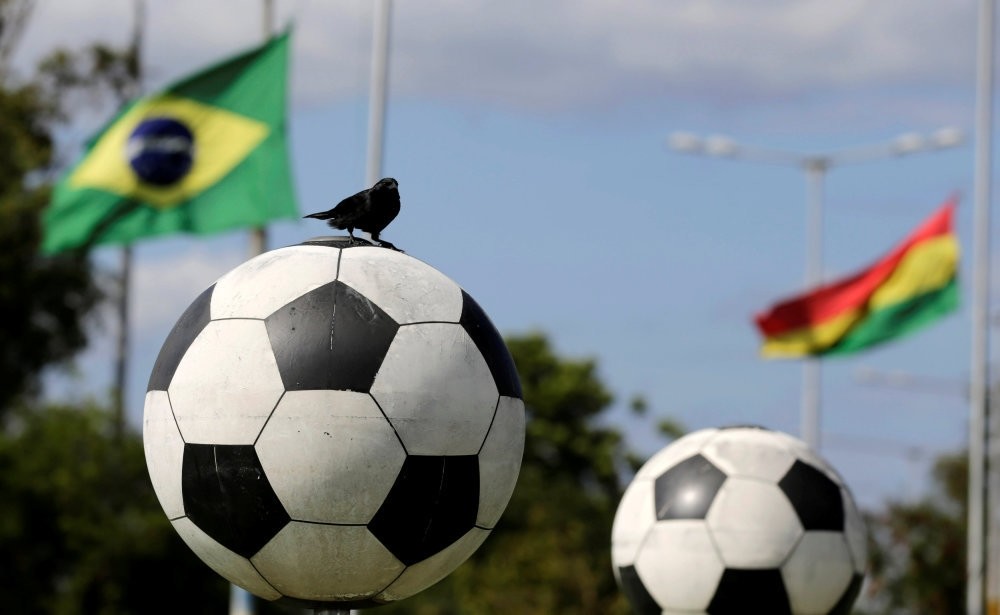 The football world mourned after a plane carrying the Brazilian team Chapecoense Real crashed in the mountains in Colombia. The team were on its way to play in the finals of the Copa Sudamericana. In an emotional gesture, their rivals Nacional called for Chapecoense to be awarded the cup

Thousands of people in Chapeco in Brazil have held a vigil for the victims of a plane crash, who included most of the city's football team. Football legends Pele and Maradona as well as current superstars Lionel Messi and Cristiano Ronaldo led tributes to the players of Chapecoense Real, a humble team whose march to glory was cut abruptly short. Having risen only recently from obscurity, the team was on its way to play in the finals of the Copa Sudamericana, South America's second-biggest club tournament, when disaster struck.

"The pain is terrible. Just as we had made it, I will not say to the top, but to have national prominence, a tragedy like this happens," club vice-president Ivan Tozzo told Globo SporTV. The charter plane, flown by Bolivian company LAMIA, reported "electrical failures" around 10:00 pm Monday (0300 GMT Tuesday) and crashed soon after near the city of Medellin, its destination, officials said.The plane's black box recorders have been found, but there was no word on how long it would take to analyze them. The wreckage of the white fuselage was plastered over a remote hillside in northwestern Colombia. The dead included most of the team and 20 Brazilian journalists traveling to cover the match. The six survivors are being treated in hospital, officials said.

One survivor, goalkeeper Jackson Follmann, had to have his right leg amputated, said the San Vicente Foundation Hospital outside Medellin. It reported he was "stabilizing" in intensive care.

Colombia's civil aviation authority initially said 75 people were killed. But it later emerged that four people on the passenger manifest had not in fact boarded the plane. Britain's Air Accidents Investigation Branch said it was sending experts along with representatives of the plane's manufacturer BAE Systems to Colombia to help with investigations.The plane went down about 50 kilometers (30 miles) from Medellin, in a remote mountain area called Cerro Gordo. Rescuers and aviation authorities said the survivors were three players, two crew members and a journalist. The team's lead goalkeeper, Marcos Danilo Padilha, 31, died on the way to hospital, the civil aviation authority said. His last-minute save in the semi-final had sealed the team's place in the Copa Sudamericana final.The cup final first-leg had been scheduled for Wednesday against Atletico Nacional of Colombia. In an emotional gesture, Nacional called for Chapecoense to be awarded the cup. Chapecoense is seen as one of the minnows of Brazilian club football. After decades in the lower divisions, it returned to Brazil's top flight Serie A in 2014 for the first time since 1979. "We have moved from a dream to a true nightmare," said Buligon, the mayor.