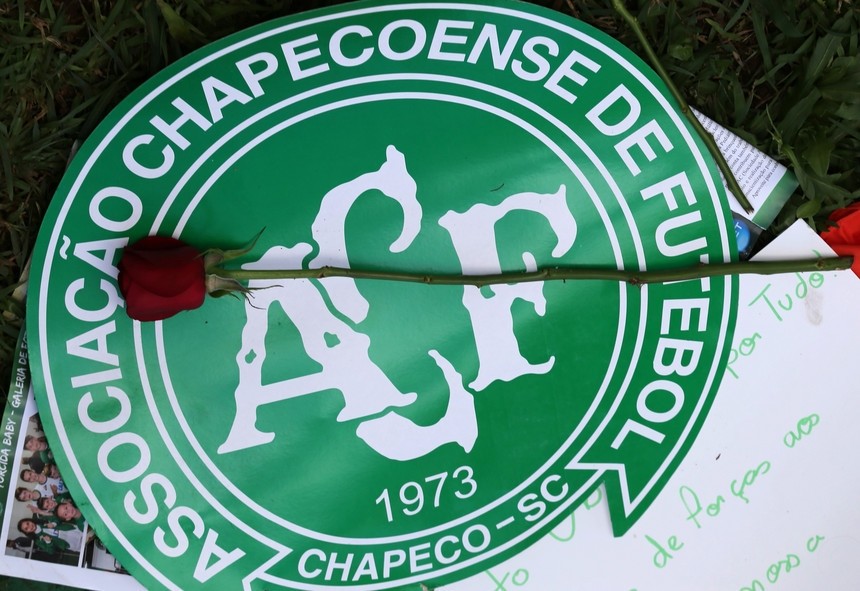 A flower is pictured over a Chapecoense soccer team logo in tribute to their players in front of the Arena Conda stadium in Chapeco, Brazil. (REUTERS Photo)
by Associated Press Dec 05, 2016 12:00 am

The Brazilian club Chapecoense, which lost most of its players in an air crash last week, has been awarded the Copa Sudamericana championship by the governing body of south American soccer.

Nineteen of Chapecoense's players were killed in the crash just outside Medellin, Colombia, as the team headed to the first of two matches against Colombian club Atletico Nacional to determine the champion of the Copa Sudamericana — Latin America's No. 2 club tournament.

As the winner, Chapecoense qualifies automatically for next season's Copa Libertadores, the continent's top tournament.

This also means that Chapecoense will face Atletico Nacional — the defending Copa Libertadores champion — in an emotion-charged two-game series next year between the continent's two club champions.

Chapecoense is likely to field a team of borrowed players from other clubs.