Corruption allegations against FIFA and football: A timeline 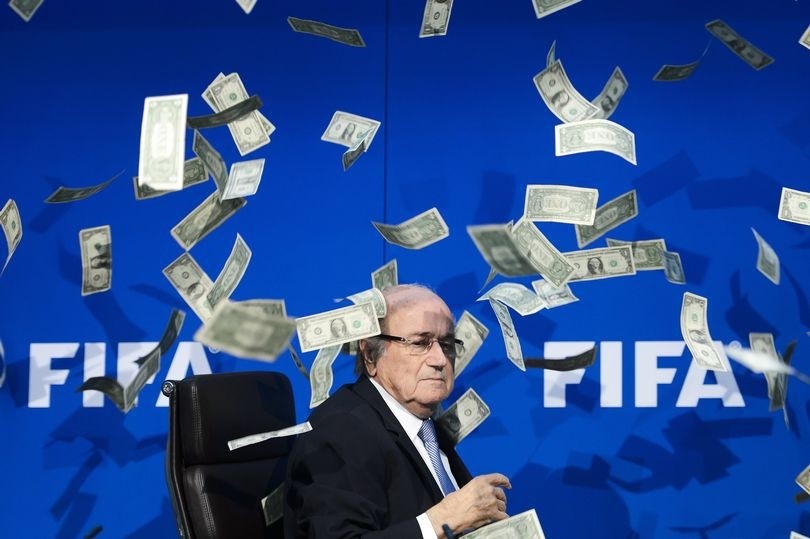 Here is a chronology of events around corruption in football and at the ruling football body FIFA since the first round of arrests ahead of the 2015 FIFA congress.

May 27, 2015: Swiss police arrest seven high-ranking officials, including then FIFA vice-presidents Jeffrey Webb and Eugenio Figueredo, in Zurich two days ahead of a FIFA congress as part of a US investigation directed against 14 people. Switzerland says it is also conducting a probe of its own around the 2018 and 2022 World Cup vote in December 2010.

May 29: Joseph Blatter is re-elected for a fifth term as FIFA president at the Zurich Congress.

June 2: Blatter announces he will step down at an extraordinary FIFA congress.

July 19: Webb pleads not guilty in the US to the charges, after being extradited based on formal requests from the US.

September 17: Valcke is released from all his duties with immediate effect in connection with corruption allegations. FIFA later gives Swiss authorities access to his email accounts.

September 25: Swiss attorney general announces opening of criminal proceedings against Blatter on suspicion of "criminal mismanagement as well as – alternatively – misappropriation" in connection with a contract with the Caribbean football union, and a disloyal payment to UEFA boss Michel Platini. Blatter is interrogated and his office searched and data seized. Platini is also asked to provide information.

September 29: The FIFA ethics committee bans Warner, who stepped down from all positions in football in 2011, for life in connection with the awarding of the 2018 and 2022 World Cups.

November 18: The FIFA appeal committee rejects appeals from Blatter and Platini against their suspension.

December 3: Two further top officials are arrested in a Zurich hotel by Swiss authorities as part of the US probe: FIFA vice-presidents Juan Angel Napout of Paraguay and Alfredo Hawit Banegas of Honduras. The FIFA executive committee approves a reform package which however must pass the February 26 congress.

December 21: Blatter and Platini are banned from football for eight years with immediate effect by FIFA's ethics committee.

January 7, 2016: Platini says he is withdrawing his candidacy for the FIFA presidency.

January 13: Valcke is dismissed as secretary general by FIFA, and banned for 12 years by FIFA's ethics committee on February 12.

February 24: Blatter and Platini have appeals against football bans rejected by the FIFA appeal committee but their bans are reduced from eight to six years each.

February 26: Switzerland's Gianni Infantino is elected president of FIFA to succeed Blatter on a term until 2019.

March 16: FIFA files for restitution of "tens of millions of dollars" from former football officials indicted in the United States on corruption charges.

May 9: Platini has six-year ban reduced to four years by Court of Arbitration for Sport.

May 23: FIFA deputy secretary general and financial officer Markus Kattner is dismissed for "breaches of his fiduciary responsibilities," FIFA says.

September 9: Blatter, Valcke and Kattner are to be investigated by the ethics committee for a variety of violations relating to salary and bonuses, FIFA says. An internal report in June revealed they had enriched themselves by more than 79 million Swiss francs (80 million dollars) in the last five years and some provisions in their contracts appeared in violation of Swiss law.

December 5: CAS rejects Blatter's appeal and confirms FIFA's six-year ban on Blatter in full, saying Blatter "breached the FIFA Code of Ethics since the payment amounted to an undue gift as it had no contractual basis." It also said he "unlawfully awarded contributions to Mr Platini under the FIFA Executive Committee retirement scheme which also amounted to an undue gift."