Beşiktaş looking to qualify against Dynamo 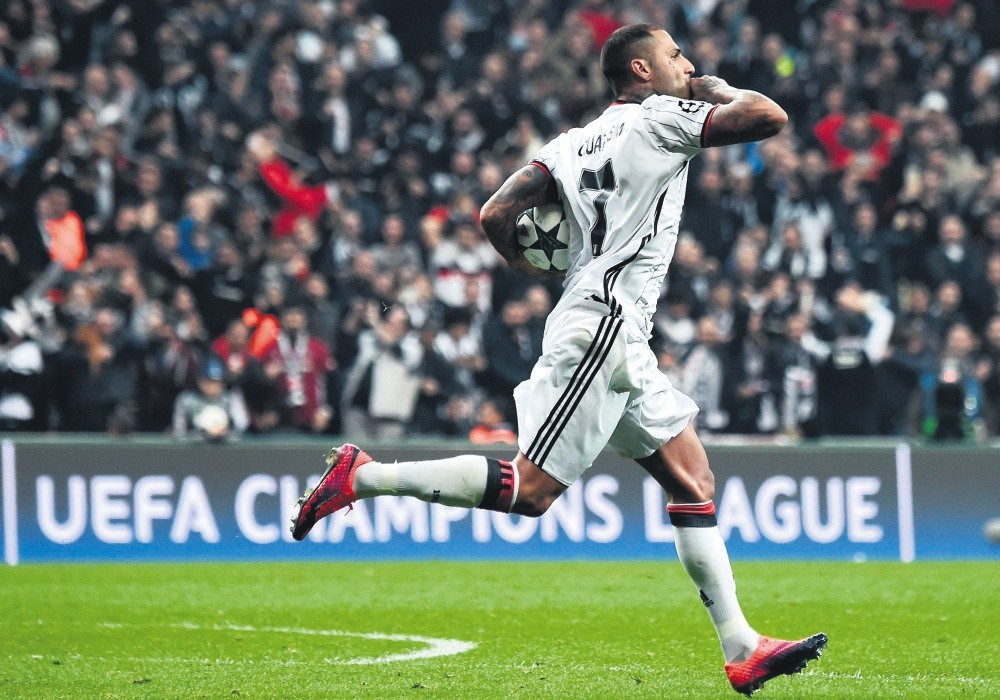 The Eagles will qualify for the knockout rounds of the Champs League for the first time if they win at Dynamo Kiev; a draw might also be enough depending on the result in the other Group B fixture

Beşiktaş, Napoli, Benfica will battle it out today for last 16 Champions League slots. The Group B trio all have everything to play for in their final pool games as the only one of the eight first phase groups where no side has yet secured a berth. Portugal's Benfica, European champions back in 1961 and 1962 in their halcyon days but who have underachieved since, should have secured their passage on matchday five but threw away a three-goal lead at Beşiktaş.

That Turkish comeback, rekindling memories of Liverpool's historic 2005 Istanbul triumph, has left the group outcome on a knife-edge with Beşiktaş knowing that a win at eliminated Dynamo Kiev will send them through.

In contrast, the final round of games pits Benfica against a Napoli side who beat them 4-2 back on matchday two in Italy - while Beşiktaş were dropping home points against Kiev. The Turkish side's subsequent win in Italy threw the group wide open and the 14-time national champions' refusal to surrender against Benfica means they now fancy their chances. Beşiktaş will hope that their best previous showing - a 1987 European Cup quarter-final appearance - will not prove a poor omen. Back then, they lost 7-0 on aggregate - to Kiev.

Turkish daily Sabah expressed concern Sunday about the weather in Kiev predicting that sub-zero temperatures and snow could spell "danger." The paper added that Aras Özbiliz, Anderson Talisca and Caner Erkin are on the treatment table and set to miss out.

The winner of Benfica-Napoli in Lisbon will qualify as group winners, while a draw would be enough to send the latter through given their head-to-head edge. If Beşiktaş lose, both will progress regardless.

Whereas Benfica warmed up for the game by losing their unbeaten record in Portugal in slumping to unheralded Maritimo at the weekend, Napoli broke back into the top four in Serie A when Slovakia midfielder Marek Hamsik moved to within 11 goals of Diego Maradona's record haul of 115 goals for the club after scoring in Friday's 3-0 romp over Inter Milan. "As far as we're concerned, we have to go there looking for the win," said Napoli coach Maurizio Sarri.

"It will be a difficult game, but it could be two games in one. For the first 70 minutes it could all be normal, then go one way or the other in the final 20 minutes."
RELATED TOPICS