Bayern Munich, Arsenal once again rivals in UEFA Champions League round of 16 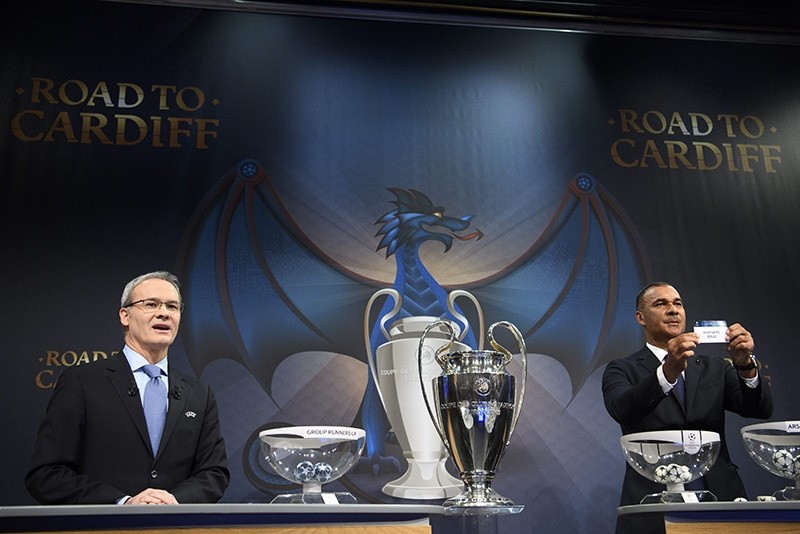 Arsenal were once again drawn against Bayern Munich in the last 16 of the UEFA Champions League on Monday, while Barcelona will also come up against familiar foes in the shape of Paris Saint-Germain.

Arsene Wenger's side had hoped winning their group for the first time in five years would spare them a tie against one of the continent's giants in the first knockout round, but instead they must face Carlo Ancelotti's German champions, who came second in their section.

Bayern eliminated Arsenal en route to winning the trophy in 2012/13 and repeated the feat a year later, while the teams also met in the group stage last season.

PSG came second to Arsenal in Group A, leaving them vulnerable to a tough draw and five-time winners Barcelona have eliminated the French club in the quarter-finals in two of the past four seasons.

Also, it was: Manchester City vs. Monaco; Benfica vs. Borussia Dortmund; FC Porto vs. Juventus; and Bayer Leverkusen vs. Atletico Madrid.

The final will be on June 3 at the Millennium Stadium in Cardiff, Wales.