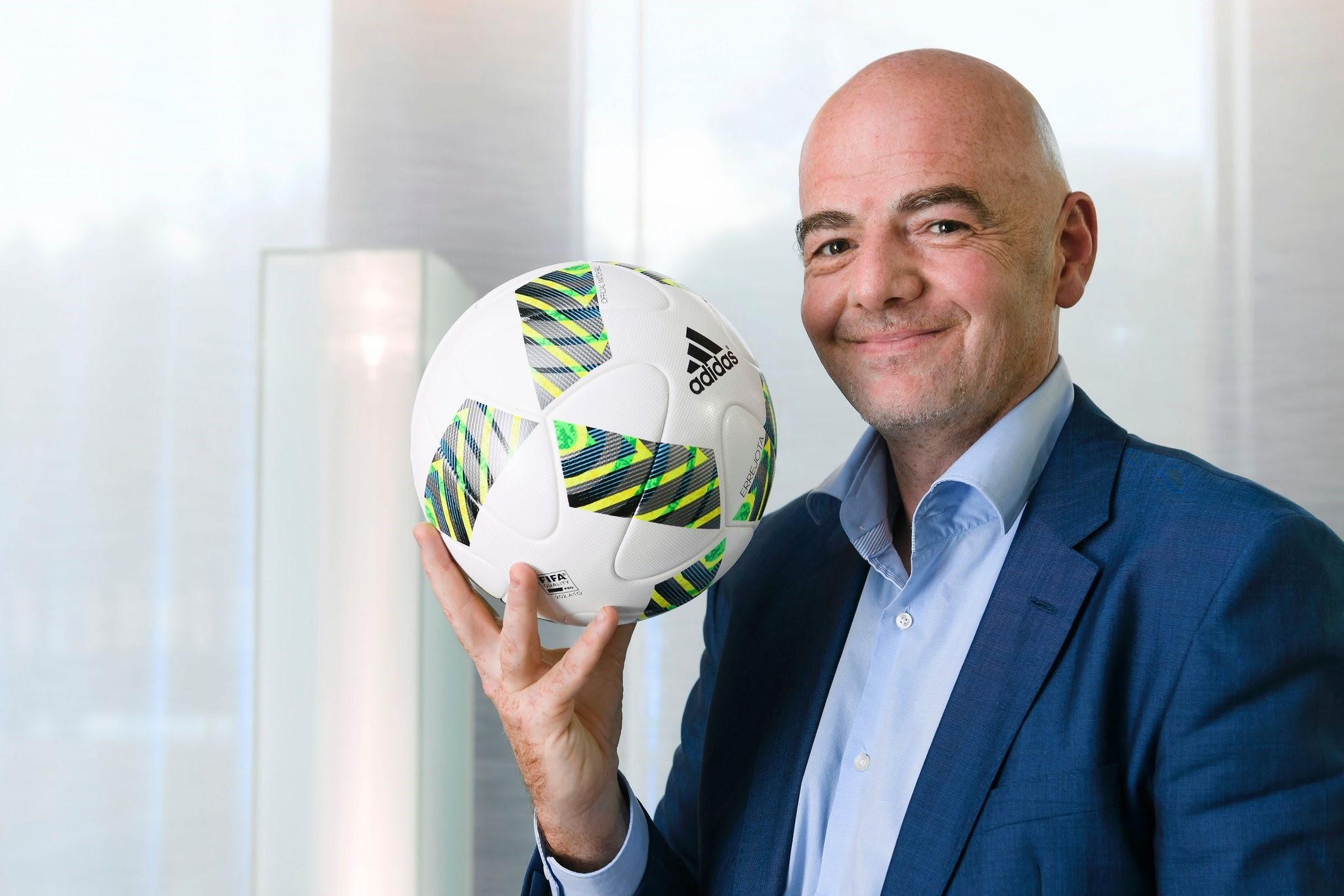 FIFA president Gianni Infantino poses for a picture during a interview with AFP on October 5, 2016 at the world football's governing body headquarters in Zurich. (AFP Photo)
by Associated Press
Dec 17, 2016 12:00 am

FIFA President Gianni Infantino has defended the use of video replays despite a shaky debut for the new system at the Club World Cup.

The replay system allows referees to halt play to review footage of "game-changing decisions", but its introduction has had a mixed reaction from players and coaches at the tournament, including Real Madrid star Cristiano Ronaldo.

Following Thursday's match between Real Madrid and Club America, several players were skeptical about the system.

The system was used for the first time on Wednesday when Kashima Antlers were awarded a penalty kick that led to the first goal in a 3-0 win over Atletico Nacional.

Kashima midfielder Gaku Shibasaki sent in a free kick in the 31st minute, and teammate Daigo Nishi was then fouled inside the box by Atletico Nacional forward Orlando Berrio.

After receiving information about a missed incident from video assistant referee Danny Makkelie, Hungarian referee Viktor Kassai drew an imaginary square with his hands to indicate that he would conduct a review of the footage via a monitor on the sidelines. Kassai then pointed to the penalty spot, ruling from the replay that Nishi was tripped inside the penalty area by Berrio.

Shoma Doi took the penalty and scored Kashima's first goal but there was some confusion as Nishi appeared to be offside.

"In the first game with Kashima, the referee didn't see the situation and the video assistant referee saw a clear tackle so he interfered," said Marco van Basten, the former Dutch international who is FIFA's chief officer of technical development. "The referee watched the television and said 'OK, you are right and I give a penalty.' So in the end it took a few seconds too much but it was the right decision."

In Thursday's semifinal, Ronaldo scored an injury-time goal to help Madrid beat Club America 2-0 and earn a spot in the final.

But after Ronaldo scored, referee Enrique Caceres appeared to ask for confirmation from his video assistant referee that there was no offside. The Paraguayan official then decided that the goal stood without appearing to view a video himself.

"The television doesn't work, huh?" Ronaldo was overheard saying with a laugh as he left the field.

FIFA officials attributed the confusion on the Ronaldo goal to a problem of communication between the officials.

"When Ronaldo scored the second goal it was a clear situation and there was no offside," Van Basten said. "So in the end it was good and the right decision was made. Only the communication between the video assistant referee and the referee was not optimum."

FIFA says the aim is to achieve 'minimum interference, maximum benefit', with the technology only being used for defined match-changing situations and any serious missed incidents. In these cases, the question a VAR will consider is not 'was the decision correct?' but 'was the decision clearly wrong?'

Referees still retain the authority to make the final judgment. Managers and players will not be allowed to appeal to referees to review an incident.