Real Madrid limber up for world final in Japan 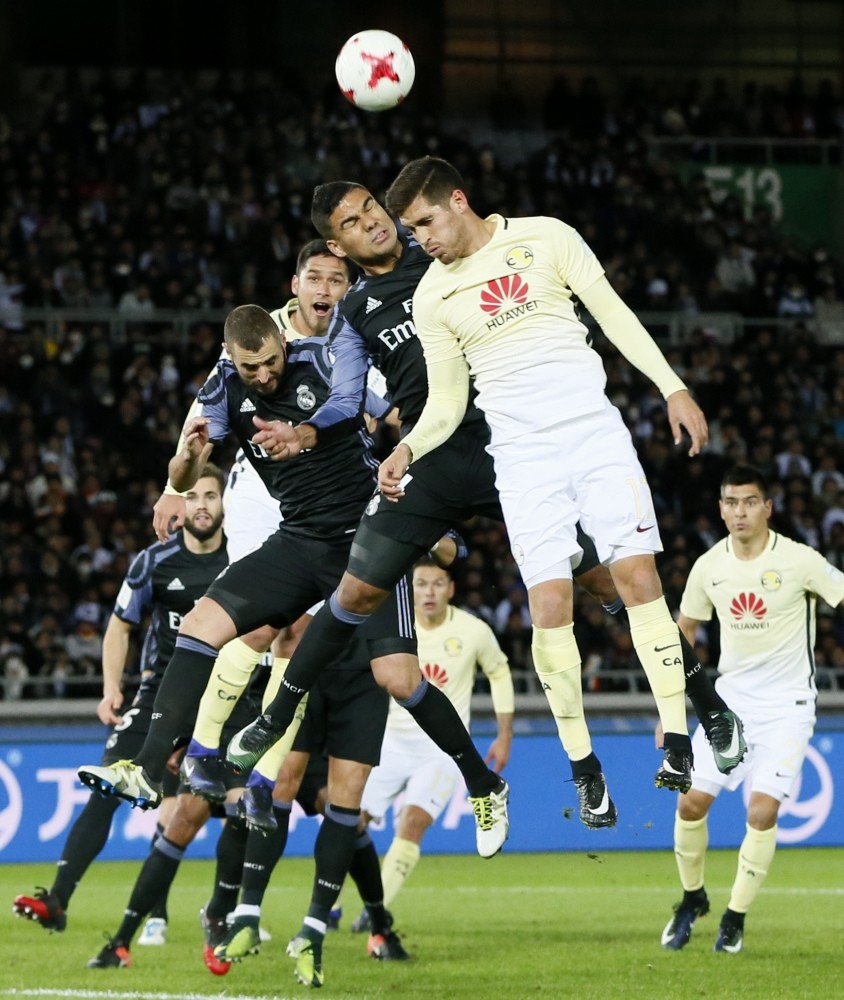 After sweeping past Mexico's Club America, The European champion, who are chasing a second world title in three years, now turn their attention to Sunday's final, where they face Japan's Kashima Antlers

Real Madrid ironed out some of the kinks with a gentle workout Friday after booking their place in the Club World Cup final in Japan. The European champions, who are chasing a second world title in three years, went through their paces in chilly Yokohama, watched by shivering wives and girlfriends after sweeping past Mexico's Club America on Thursday night. Goals from Karim Benzema and Cristiano Ronaldo - the 500th of his illustrious club career - were enough to see off America 2-0 and Real now turn their attentions to Sunday's final, where they face Japan's Kashima Antlers.

"It was a great way for me to celebrate my birthday," said Real goalkeeper Keylor Navas, who turned 30 on Thursday.

"It would be a privilege if we go on to be crowned champions of the world on Sunday," added the Costa Rica international.

But Real coach Zinedine Zidane, who has lost just twice since taking over from Rafa Benitez in April and overseen a club record 36-match unbeaten run, is taking nothing for granted. The Frenchman is set to bring back captain Sergio Ramos for the final after he was rested against the Mexicans. Ramos and fellow defender Pepe worked out separately from the rest of the squad while the players who started Thursday's semi-final completed a light recovery session.

Midfielder Lucas Vazquez said: "We've been here three days so we can't use jet-lag as an excuse. (Club America) tried to shut up shop and make it hard for us but I thought we did a great job."

Benzema, whose clinical finish gave Real the lead in first-half stoppage time, paid tribute to Zidane after celebrating his goal by running over to hug his countryman.

"Zidane is an example for me," said the burly striker. "He is like a brother but he is my coach and I'm very happy to be able to work with him.

"I'm feeling confident and we go into the next game -- a final -- to win once more and score more goals."

Meanwhile, Japan's Kashima Antlers plan to unleash a secret weapon to strike terror into Spanish giants Real Madrid when they meet in this weekend's Club World Cup final: a sharp-toothed crocodile. Though relative minnows on the world stage, a voracious predator with a deadly bite lurks in the Kashima side in the form of defender Naomichi Ueda, who fired a warning ahead of Sunday's Yokohama clash.

"I'm a crocodile," he said. "Just as a crocodile will complete its conquest by dragging its prey into the water, I just want to bring them down -- whether it's in the air or on the ground, one on one." Killer reptiles notwithstanding, Kashima face overwhelming odds against a Real side on a club record win streak of 36 matches. They finished a distant third in the J-League season before capturing the championship playoff less than two weeks ago. But Kashima became the first Japanese side to reach the Club World Cup final after stunning Colombia's Atletico Nacional 3-0 in midweek.

"If I don't score again in the final, I'll quickly be forgotten," said striker Yuma Suzuki, who celebrated scoring Kashima's third goal in Osaka by copying Ronaldo's trademark macho man goal pose. "I had no choice," added the 20-year-old, whose celebration after scoring with his first touch off the bench even set tongues wagging on Spanish television.

"It's like a dream. Now I want to do it on front of Ronaldo's very eyes."
RELATED TOPICS