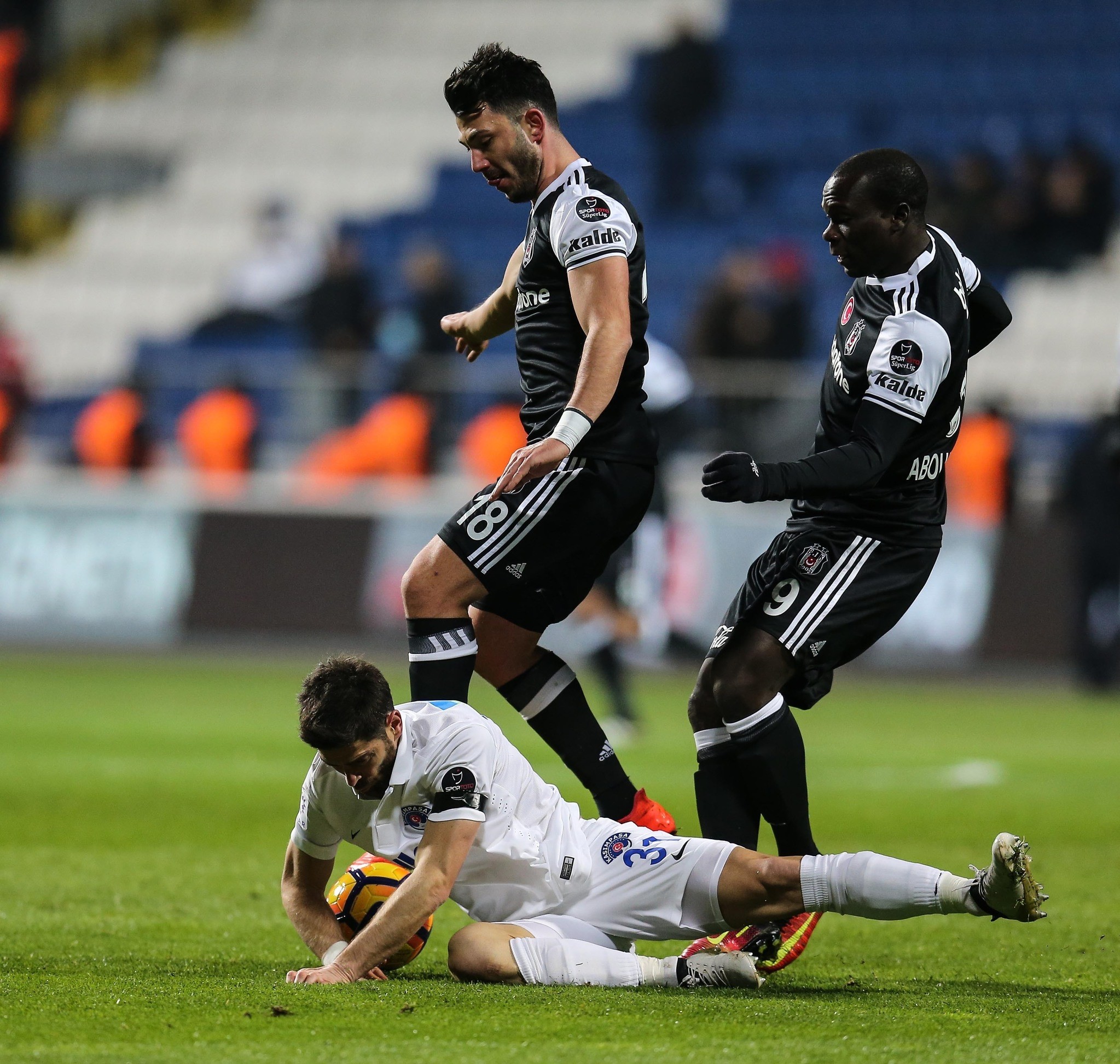 by Daily Sabah Dec 19, 2016 12:00 am
Spor Toto Super League minnows Kasımpaşaspor beat powerhouses Beşiktaş 2-1 to end their unbeaten streak in the 2016-17 season on Saturday in Istanbul. After the shocking defeat, Beşiktaş moved three points behind leaders Başakşehir who beat Trabzonspor 1-0. Although Beşiktaş ended the first half 1-0 up against Kasımpaşaspor after Cenk Tosun's goal, they did not keep their lead after they conceded goals to Tunay Torun and Gökhan Gönül's own goal. The Black Eagles lost for the first time this year in the Spor Toto Super League and are now on 32 points. Kasımpaşaspor, who won their second consecutive match, raised their points tally to 18.

Beşiktaş coach Şenol Güneş, "I'm the one responsible for this result. Our attacking and defending was below our quality. We controlled the game and ended the first half without giving away any opportunities to the rivals. But at the beginning of the second half, we were kind of sleepwalking. God helps those who run and work hard. I must congratulate our rivals."

Kasımpaşaspor coach Kemal Özdeş said, "We played against a team who have Turkey's most best-planned defensive line. We played well with the ball and stayed loyal to the tactical structure. I wish Beşiktaş luck in their UEFA Europa League adventure."

Elsewhere, Super League leaders Başakehir maintained their 24-game unbeaten streak. They have now won 10 out of 15 matches in the league. The last time they lost in the league was against Osmanlıspor in the 25th week of last season. That match ended 3-2 in favor of Osmanlıspor.
Last Update: Dec 19, 2016 1:00 am
RELATED TOPICS