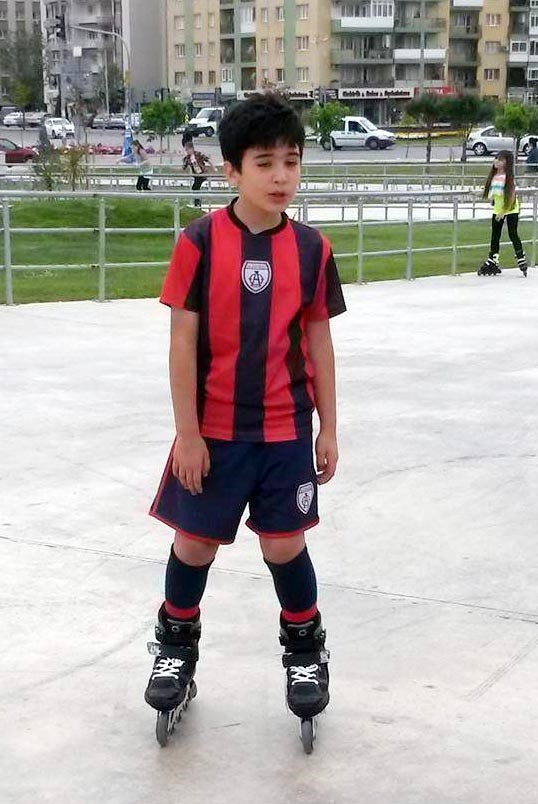 by Dogan News Agency
Jan 07, 2017 12:00 am
Turkish powerhouses Galatasaray made a significant move against terrorism with an unprecedented gesture. The club administration announced on Friday that they will open the doors of the club's youth system's training facilities to the children of the hero policeman Fethi Sekin who was killed after a car bomb hit the Turkish city of İzmir on Thursday. Sekin and a court worker named Musa Can were killed after the bomb exploded outside a courthouse in a terror attack. Nine people were also wounded. Officials praised traffic policeman Sekin for preventing a "massive massacre" after he stopped the car and chased down the two terrorists before the explosion and the subsequent gunfight.

The club said in a statement, "The hero policeman Fethi Sekin's son Burak Tolunay is playing for Altınordu's youth team. So, our club's youth system's door will be open for him."

"As the sports club of Galatasaray we have learnt that our hero policeman Fethi Sekin who saved so many lives at the cost of his life, is an avid Galatasaray fan. And we have also learnt that his son Burak Tolunay is playing for Altınordu club's youth team. We are aware that his family is now grieveing. It is too early for such matters. But we want all public to know that our doors are open to the children. Also, Galatasaray promise to Sekin family and Turkey that they are ready to help in every matter including education grant."