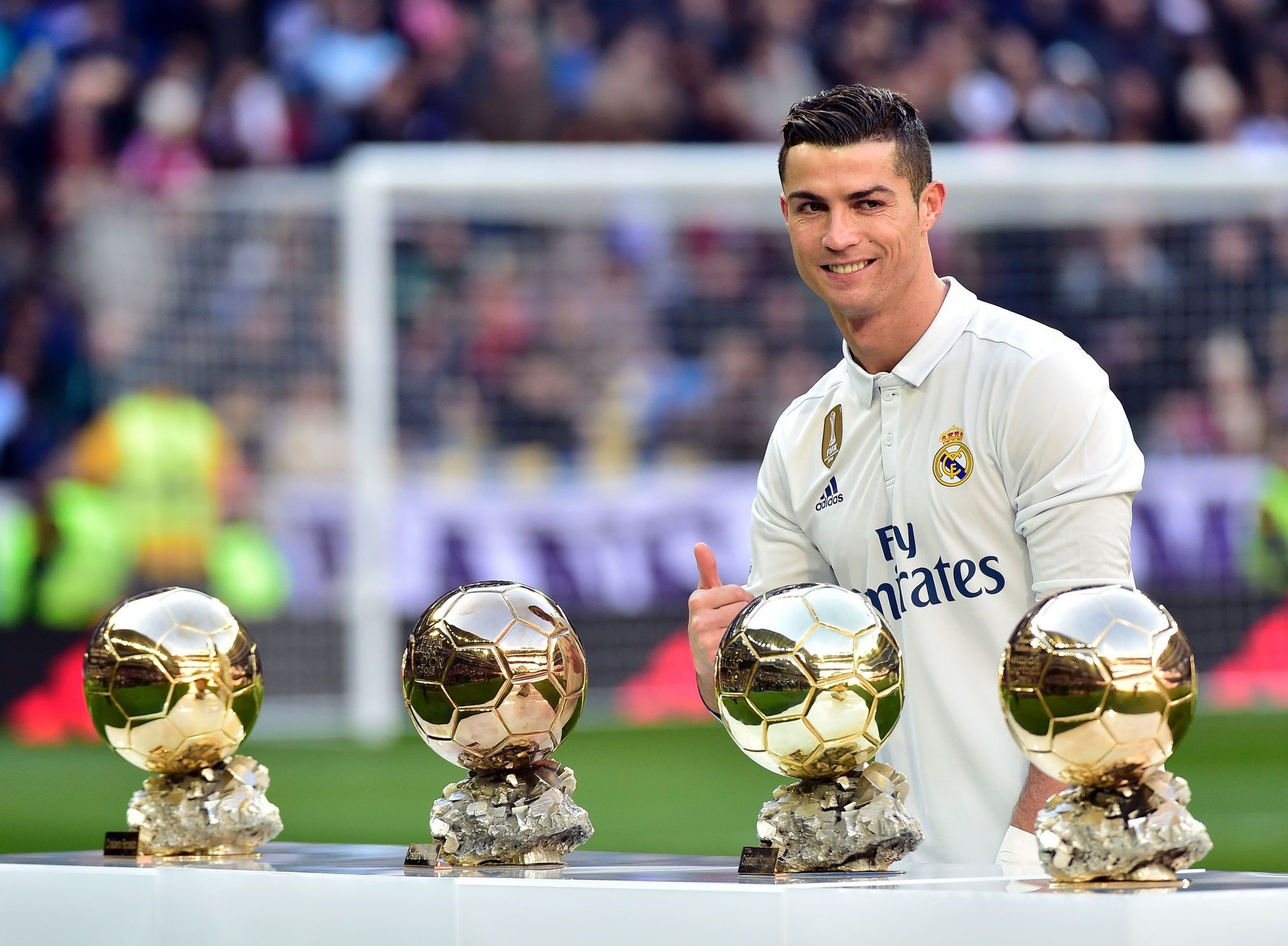 Real Madrid tied Barcelona's Spanish record of 39 games unbeaten in all competitions by crushing Granada 5-0 in La Liga on Saturday. Before the match, the Real Madrid and Portugal star Ronaldo was honored in a ceremony to mark the Ballon d'Or award he earned last month. Former Madrid players who won similar awards participated, including Luis Figo, Brazilian striker Ronaldo and coach Zinedine Zidane, according to AP.

"It was important to begin the year like this," Zidane said. "We have to keep this pace the rest of the year." Madrid's last setback was a 2-0 loss at Wolfsburg in the quarterfinal first leg of the Champions League in April. Since then, it has won 30 games and drawn nine under Zidane, a run that included three titles. Zidane, who has lost only twice since taking over Madrid a year ago, already matched the club record of 34 games without a defeat set in 1989 under coach Leo Beenhakker. The Spanish unbeaten record set by Luis Enrique's Barcelona last season ended with a loss to Madrid at Camp Nou in April.

"It gives us great satisfaction to equal this record," Zidane said. "We have no limits and we will do everything possible to keep this going."

Madrid, which has won eight of its last nine league games, will have a chance to take the record outright in the second leg at Sevilla on Thursday. Real Madrid was still without injured defenders Sergio Ramos and Pepe, as well as forward Gareth Bale.

Cristiano Ronaldo can match Lionel Messi with eight major personal football awards if he is wins today at The Best FIFA Football Awards. Ronaldo is in the three-player shortlist along with Barcelona and Argentina ace Messi and Frenchman Antoine Griezman of Atletico Madrid, according to DPA. Messi leads Ronaldo 5-3 in their career-long duel for FIFA's top individual prize. However, Ronaldo is set to complete a hat-trick of major awards for 2016 after taking home trophies presented by UEFA and France Football magazine's prestiguous Golden Ball. FIFA will also name the best women's player, and the best coaches in men's and women's soccer.

Voting is by national team captains and coaches, selected journalists and - for the first time - an online poll of fans. Each category counts for 25 percent of the points.

After Messi in 2015, it was Ronaldo's turn to win the Champions League in 2016 as the prolific scorer netted 16 goals in the competition. He also got the decisive penalty in a shootout after a 1-1 draw with Griezmann's Atletico Madrid. But where he really dominated Messi was on the national-team stage. Ronaldo captained Portugal to a long-awaited first title at the European Championship - two weeks after Messi's Argentina again lost the Copa America final to Chile.

Portugal seemed a long way from glory, and faced a humiliating group-stage exit, before Ronaldo's two goals helped salvage a 3-3 draw with Hungary. He also netted in the 2-0 semifinal win against Wales. In the final against host France, Ronaldo went off injured in the first half, then returned to the bench for extra time as - with his knee strapped - he passionately urged teammates on to a 1-0 win.For good measure, Ronaldo scored a Club World Cup final hat trick against Kashima Antlers in December, but that was after FIFA voting had closed.