Talisca shines while Beşiktaş fans gush about him 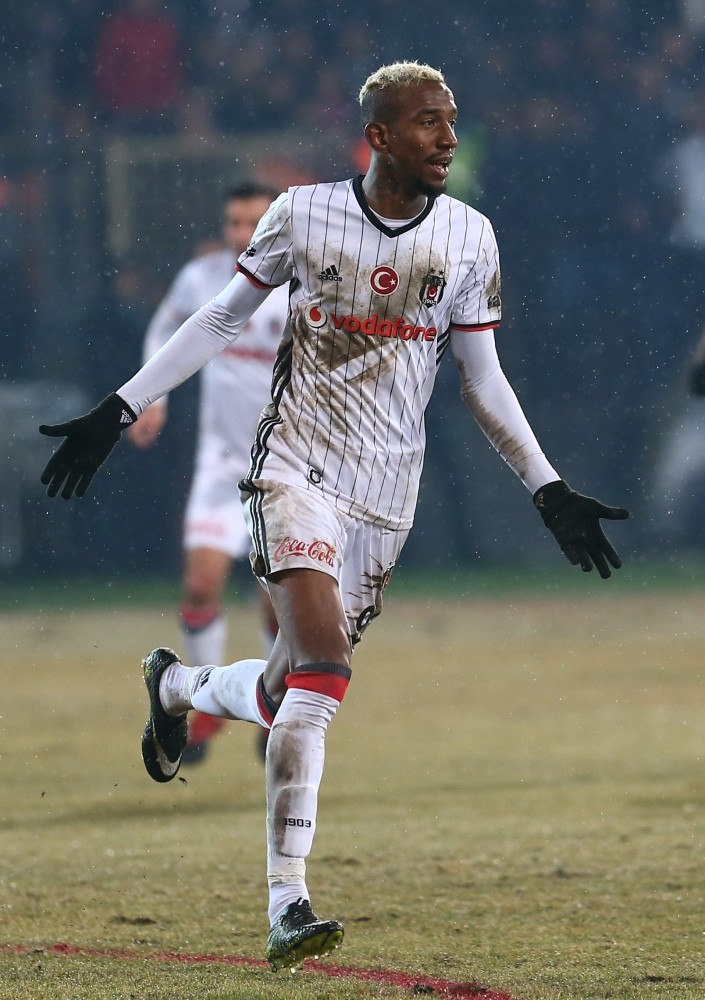 Beşiktaş's Brazilian star Anderson Talisca made a strong impression with his superb performance against Osmanlıspor. Many sports columnists believe Talisca could be a star for Beşiktaş, while adoring Beşiktaş fans now call him ‘The Hired Assassin'

The first week of the Spor Toto Super League's second half has been completed on Monday after second-placed Beşiktaş defeated hosts Osmanlıspor 2-0 in Ankara. Following the weekend, the picture at the top of the table has not changed with second-placed Beşiktaş continuing to chase leaders Medipol Başakşehirspor.

Beşiktaş's Brazilian star Anderson Talisca made a strong impression with his superb performance in the game. Talisca scored in the 20th minute when his team struggled to score. Cenk Tosun scored the second goal in injury time to give the club a much needed victory. Beşiktaş fans gushed over Talisca, praising him on social media and calling on the administration to use its buying option on the player who came to the team on loan.

After Jose Sosa's departure before the start of the season, Beşiktaş loaned Talisca from Portuguese club Benfica for two years. The Brazilian playmaker, who cost the Turkish champions 2 million euro in loan fees, had hammered Benfica on Sept. 13 on his return to the Estadio da Luz in a Champions League group game, scoring an added-time free kick to ensure a 1-1 draw. Talisca has scored seven goals and has one assist in 11 games with Beşiktaş. Many sports columnist believe Talisca could be a star for Beşiktaş.

However, despite his popularity among Beşiktaş fans, it would be difficult to buy the player who Benfica considers a future star for the team. He is a "project player" in the eyes of the Portuguese club; hence Benfica put a buying option of 25 million euros for him, a figure Beşiktaş would struggle to meet. Nevertheless, fans have made it clear that they trust Beşiktaş chairman Fikret Orman's bargaining ability and they want to see him in Istanbul for years to come.

Adoring Beşiktaş fans now call him "Kiralik Katil" (The Hired Assassin.) His loan move to the Black Eagles was officially confirmed on Aug. 24, 2016. Then the Champions League draw was made on Aug. 25, putting both clubs together in Group B and sending Beşiktaş to visit Benfica on the very first matchday. Having escaped Lisbon, the Brazilian couldn't have imagined that he would make a return so quickly. When Talisca entered the field as a substitute in the second half, the Benfica players knew only too well that they must avoid conceding free kicks in dangerous areas in order to protect their fragile 1-0 lead. However, a needless foul was made deep into injury time, and Talisca converted the free kick with a marvellous trademark left-footed shot to improve Beşiktaş's chances of progressing from a tight group that also includes Napoli and Dynamo Kiev. Most players don't celebrate when they score against their parent club, but Talisca did. Indeed, he did so with passion and then proceeded to attack Benfica for mistreating him in a postmatch interview.

"I want to send a message to Benfica management, because they didn't respect me. There were people who criticized me and said that I left Benfica because of money, but that is a lie," the midfielder said, accusing the club of not paying him the last salary just after his daughter was born, according to ESPN. Talisca became persona non grata amongst Benfica fans, and some of them took to the social networks to racially abuse him and his family.
Last Update: Jan 18, 2017 1:11 am