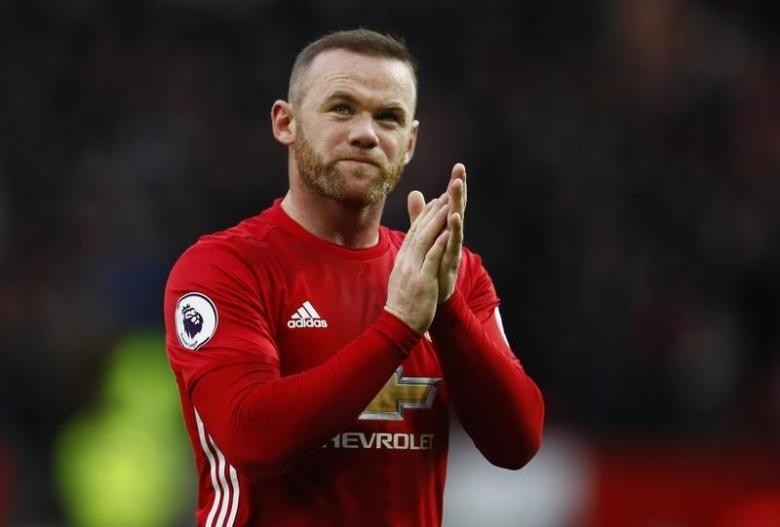 Manchester United have deposed Real Madrid as the world's richest soccer club after revenue grew to a record $735 million in 2015-16, according to Deloitte's annual Money League published yesterday.The 20-times English champions knocked Madrid off the perch they had occupied for 11 years with a return to the Champions League and increased commercial revenue key to their rise. Real dropped to third behind Barcelona with Bayern Munich fourth and Manchester City into the top five for the first time after a run to the Champions League semi-finals. Only two Turkish clubs, Fenerbahçe and Galatasaray, made the top 30 while the Yellow Canaries ranked 25th with a revenue of $168 million and the Lions 26th with a revenue of $166 million. Eight of the top 20 (including five of the top 10) revenue generators are from the Premier League, reflecting the greater financial clout England's top-flight clubs enjoy compared with their European counterparts. 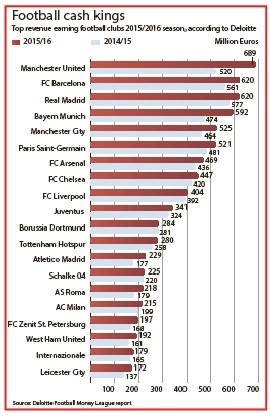 Surprise champions Leicester City made the list for the first time in 20th place and Tim Bridge, senior manager at Deloitte, said it is likely every Premier League club will be in the top 30 next year thanks to an eye-watering 5.1 billion pounds television rights deal that kicked in this season.

"The Money League continues to demonstrate the Premier League's financial strength in depth," Bridge, senior manager at Deloitte, said. "The appearance of Leicester shows that on-pitch success gives any Premier League club a chance of a place in the top 20.

"There is a strong chance that almost all Premier League clubs will be in the top 30 clubs next year."

Only one other Spanish club, Atletico Madrid, made the top 20 while there were three from Germany and four from Italy led by Juventus in 10th place. Paris St Germain, the only French club in the list, dropped to sixth from fourth. Russian club Zenit St Petersburg completed the top 20. Combined revenues, which excludes player transfer fees, VAT and other sales related taxes, of the top 20 clubs went up 12 percent to 7.4 billion euros.

"It has taken phenomenal commercial revenue growth to help them (United) achieve this," Dan Jones, partner in the Sports Business Group at Deloitte, said, referring to a 71 million increase in commercial revenue.

"In recent years, their ability to secure commercial partnerships with value in excess of that achievable by their peers has been the crucial factor in enabling the club to regain their place at the top of the Money League."

Despite United's woeful group stage exit from the Champions League last season and a fifth-placed finish in the Premier League under ex manager Louis van Gaal, commercial partners continued to be drawn to Old Trafford like moths to a flame.Gulf Oil International signed a three-year commercial partnership last season taking the total of company logos lurking down the bottom of the club's website homepage to 24. United's kit deal with adidas, now in it's second season, is worth 750 million pounds ($923.18 million) and their other partners include car firm Chevrolet and financial services giant Aon who sponsor the club's state-of-the-art training ground.
RELATED TOPICS