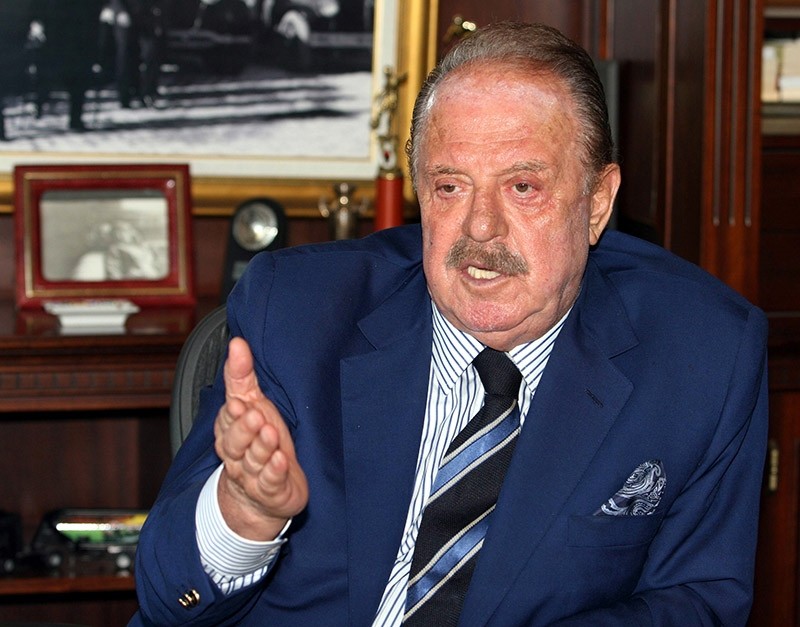 İlhan Cavcav, president of Turkey's top-tier side Gençlerbirliği, died at the age of 81 in Ankara on Sunday, marking the end to his 40-year-long successful administrative career in Turkish football.

Cavcav, known for his colorful personality, was at the helm of Gençlerbirliği for more than 37 years and was famed for his ability to net in talented young footballers at a bargain and later selling them for astronomical prices.

He was also known for frequently changing coaches for his club, which under his 37-year reign played under 56 different coaches, including the likes of Kemal Özdeş, who was sacked without getting to manage a single match.

Born in Ankara in 1935, Cavcav started his professional life at his father's mill. At the age of 16, he started his footballing carrier with Mamak Maskespor club.

Although he was offered a professional contract by Bahçeli Gençlikspor, he refused the offer after he was benched for not agreeing to play against his former team for sentimental reasons. After quitting his footballing career, he became a successful businessman and joined Gençlerbriliği's administrative board in 1977.

He became Gençlerbirliği president in 1981, with the reeling at the bottom of third tier football. Cavcav, then oversaw their transformation and successfully maneuvered the club to the top tier of Turkish football.

He established modern facilities and helped the club make a fortune through its successful scouting operations, of which, Cavcav was at the center.

He was known to have followed even the amateur league matches in order to discover young talents. His mastery was at full display in 1999 season, when Gençlerbirliği signed up Tarık Daşgün on a free transfer and later sold him for $5 million to Turkish powerhouse Fenerbahçe.

He also discovered many African footballers, including the Cameroonian Geremi Nitjab, who was transferred out to Real Madrid.

Even some serious health issues could not prevent him to from fulfilling his duties. Just before he went into a coma, he completed the signing of Renato Escobar Baruffi from Atletico Paranense in his hospital bed.

Also known for his antics, Cavcav, last year vowed to fine any of his players who would have a beard. "I'm 80 and I shave every day. Is this a religious school? You are a sportsman and you should be a role model for the youth," he once said in an interview with the Doğan News Agency.