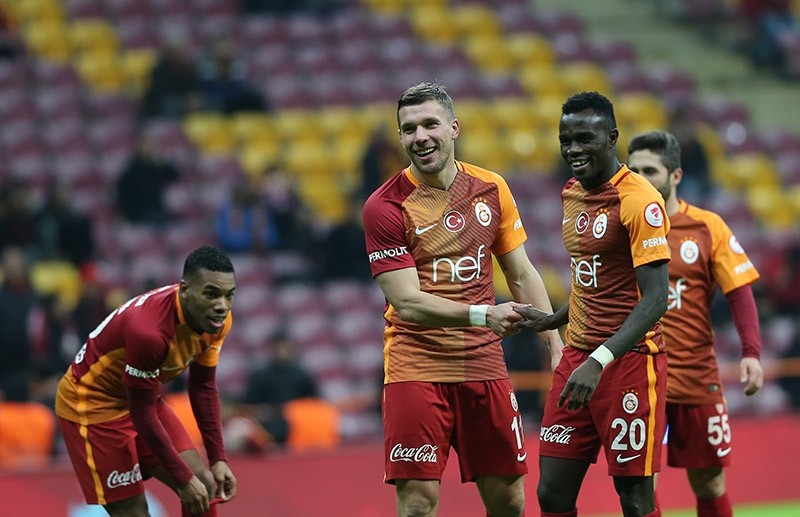 Galatasaray manager Jan Olde Riekerink on Wednesday said he hoped German striker Lukas Podolski would stay at the club despite persistent talk of a move to East Asia, after the ex-international bagged a five-goal haul in a cup game.

Podolski, who joined Galatasaray in 2015, has in the last weeks been linked with a big money move to China's Beijing Guoan and latterly to Japanese J1 side Vissel Kobe.

Despite the uncertainty, he fired five goals for Galatasaray in Tuesday night's 6-2 Turkish Cup victory against third division minnows Erzincan.

It was the first time in 17 years that a player had scored five goals for Galatasaray in a game while Podolski is just the fifth player in the club's history to have achieved the feat.

"Podolski has from the first day been a player who I believed in and liked and I hope that he is staying," said Riekerink.

The Dutchman admitted that for a player like Podolski, 31, "personal considerations were important" and the decision "has an effect on one's own life".

"We always have an alternative plan," he said, adding: "I hope Lukas Podolski will continue with us."

Poldolski's tough approach to the game and clear interest in Turkish culture has made him popular with Galatasaray fans.

But he has also endured injury problems and the club has been through a fallow period, finishing only sixth in the Super Lig last year.

On Twitter, Podolski said he was "very honored" to have scored five goals in a match but offered no clue over his future.