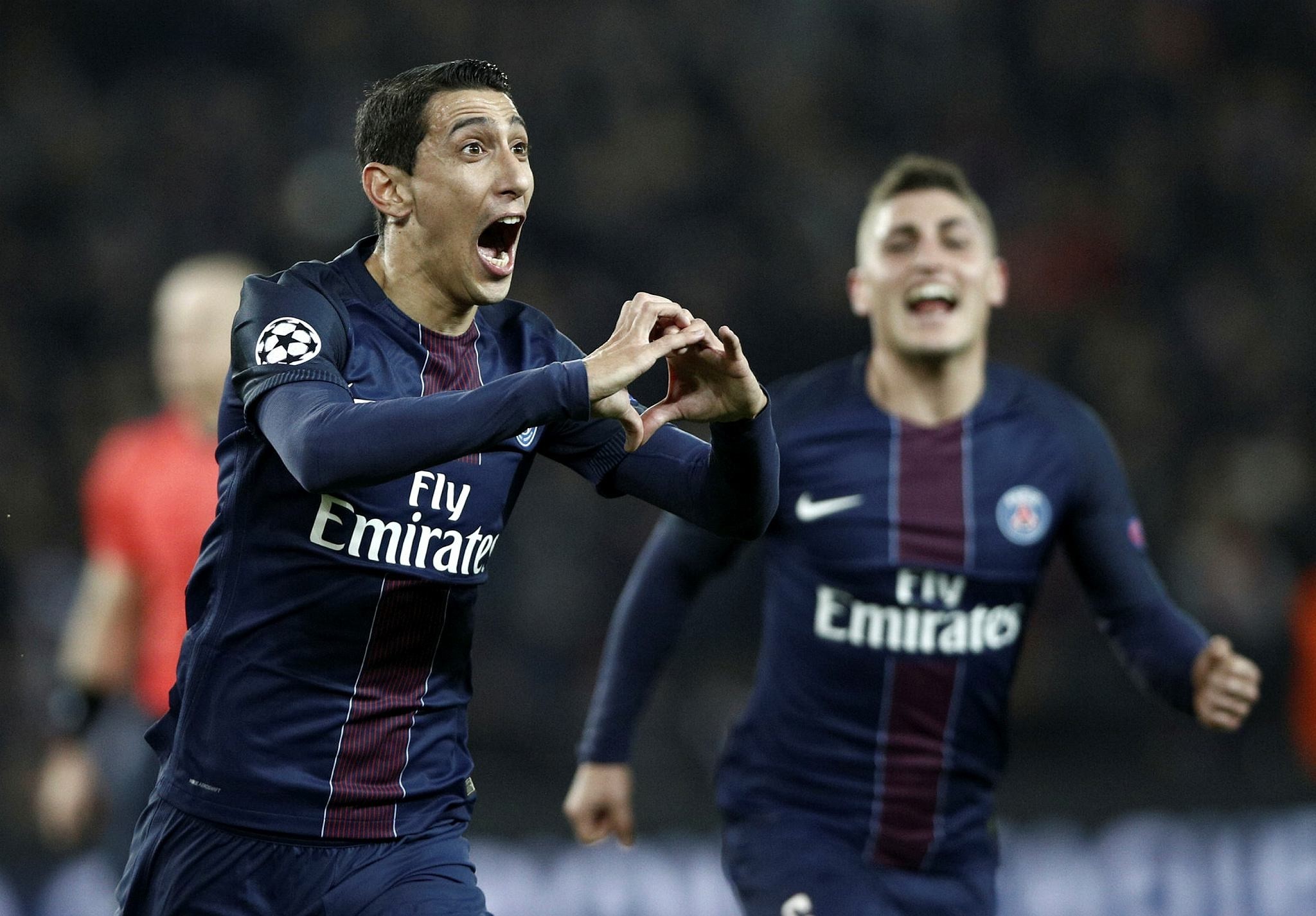 The Argentina winger, totally out of form for much of the season, celebrated his 29th birthday in style, rifling in an 18th-minute free kick and then skipping past two weak challenges before curling in a superb second from 25 meters (yards) out, 10 minutes after the break.

Germany winger Julian Draxler continued his rich form since joining from Wolfsburg, smacking in the second goal late in the first half.

Top scorer Edinson Cavani, also celebrating his birthday, emphatically drilled home the fourth in the 72nd minute — his 34th goal of a rampant season. He is no longer second fiddle to Zlatan Ibrahimovic and is playing like a free spirit.

The noise level at Parc des Princes reached deafening proportions as the home fans watched in almost stunned disbelief as Barcelona cracked under waves of incessant pressure. Barcelona was supposed to be the favorite in the Round of 16 match, but the night turned into a damage limitation exercise, the way it does when weak sides are totally outclassed.

"It's not very difficult to explain. They were better than us from the start and put us under pressure," Barcelona coach Luis Enrique said. "We couldn't get out of it. We were obviously inferior tonight."

The way Barca lost its shape and composure was completely unbecoming of such a proud club.

Luis Enrique's side was destroyed by a PSG side playing with feverish determination, desperate to prove it belongs among Europe's elite after falling at the quarterfinals in the last four seasons.

This time it looks like the mighty Barcelona won't even reach the last eight, after equaling its worst ever Champions League defeat.

"I'm responsible for this," Luis Enrique said. "We might need to change our shape (for the return leg) but it wasn't really the shape that was to blame."

PSG coach Unai Emery vowed that his players were not scared of Barca's famed MSN attack of Lionel Messi, Luis Suarez and Neymar, and would impose their game.

How right he was.

Messi, one of the best players of all time and a five-time Golden Ball winner, did nothing. Neither did Suarez or Neymar.

Forget the MSN, tonight was all about the CDD, as Cavani, Draxler and Di Maria ran the show.

"They are world class players with a lot of quality. Di Maria in particular was very, very good," Luis Enrique said. "They have a big attacking potential, work hard in defense and are incredible on the ball."

It was an unforgettable night in PSG's European history. The side reached the semifinals only once, in 1995, the year before it won its only trophy, the now defunct Cup Winners Cup.

On this form, the current side looks like a title candidate.

One PSG banner in the stadium read "Jouez comme des guerriers, vos soldats sont derriere vous" (Play like warriors, your soldiers are behind you).

Led by the indefatigable running of midfielders Marco Verratti and Blaise Matuidi, and the craft of Adrien Rabiot, PSG closed Barcelona down incessantly, before breaking forward at pace and stretching the creaky Catalan defense down both flanks.

After missing early chances, PSG took the lead when Di Maria spotted a gap in the wall and sent a fizzing free kick past flat-footed goalkeeper Marc-Andre ter Stegen.

It made no difference whatsoever as most of the play was in Barcelona's half.

PSG's high tempo and constant switching of play disrupted Barcelona's shape, enabling a spare man to constantly break between the lines and in behind the back four.

It was like watching Barcelona putting PSG to the sword the way it did in the quarterfinals two years ago, dominating home and away to win 5-1 on aggregate.

Cavani, Matuidi and Rabiot all had shots saved with barely 10 minutes played.

Barcelona's shambolic defense did not know whether to man mark or sit deep, with PSG profiting from that indecision to full effect.

When Cavani ran onto right back Thomas Meunier's pass and drilled the ball inside Ter Stegen's post for the fourth goal, it rounded off a perfect night for the hosts.