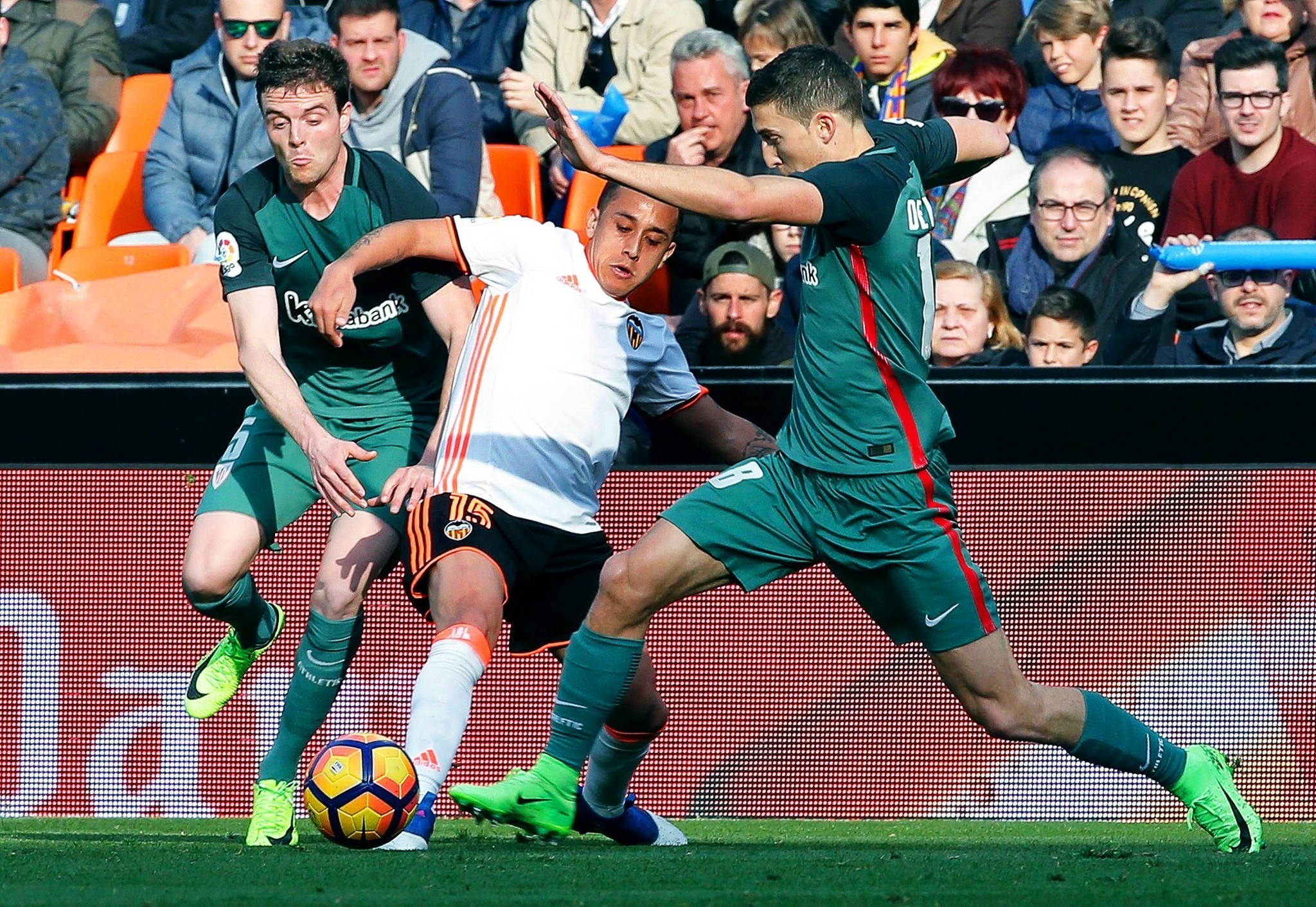 The playmaking of new arrival Fabian Orellana inspired Valencia to a much-needed 2-0 victory over Athletic Bilbao in the Spanish league on Sunday.

Orellana's precise pass through Bilbao's backline set up Nani for Valencia's opener in the 13th minute at Mestalla Stadium.

Orellana, who joined from Celta Vigo last month, combined with Munir El Haddadi in a brilliant buildup that ended with fellow winter transfer signing Simone Zaza doubling the lead in the 45th.

Bilbao was left with 10 men from the 56th minute when substitute Aritz Aduriz was injured three minutes after coming on. Bilbao coach Ernesto Valverde was unable to replace him because he had made all three substitutions.

"It was a great pass by Orellana," Nani said. "The team left a good impression today. As we have been saying, we are working hard to improve and this match is proof that we haven't given up."

Valencia's first win in four rounds comes three days before hosting leader Real Madrid. Their match was originally scheduled for December but had to be pushed back due to Madrid's participation in the Club World Cup.

A stoppage-time goal by Samuel Castillejo gave Villarreal a 1-0 win at Real Sociedad as the "Yellow Submarine" rebounded from its 4-0 loss to Roma in the Europa League's round-of-32 first leg.

"We needed this win," said Castillejo, who scored from a pass by Jaume Costa. "The loss to Roma hurt a lot."

Sociedad and Villarreal remained in fifth and sixth place, respectively.

Giuseppe Rossi helped Celta Vigo beat bottom-side Osasuna with a deft touch of his heel to set up Pione Sisto for the opening goal.

Jozabed Sanchez struck in the 87th before passing for fellow substitute Iago Aspas to chip in his 12th goal of the season.