Beşiktaş out to maintain undefeated run against Hapoel Beer-Sheva 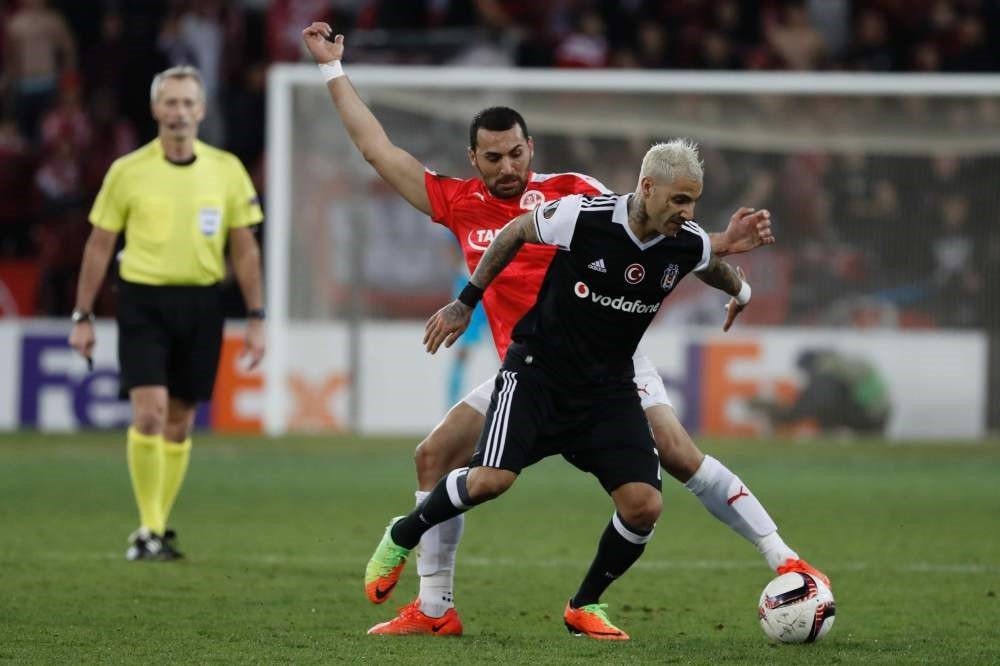 by Daily Sabah Feb 23, 2017 12:00 am
Turkish table-toppers Beşiktaş, in their UEFA Europa League round of 32 match tonight, will host Hapoel Beer-Sheva, who have toiled for little reward on their European travels this season.

Level at halftime at home on Feb. 16, Beer-Sheva's grasp on this round of 32 tie was loosened by two second-half goals for Beşiktaş, including a 93rd minute Atiba Hutchinson effort which topped off the visitors' 3-1 victory.

The first leg was the clubs' first meeting and Beer-Sheva's maiden encounter with a Turkish opposition. Beşiktaş are now undefeated in five games against Israeli opponents, with three wins and two draws (W1, D1 in Turkey). Ominously for Beer-Sheva, the Black Eagles are also unbeaten in six European home matches, one win and five draws, including four 1-1 stalemates.

The Israeli side, on the other hand, has won just one of their six European away games this season (W1 D3 L2), 2-0 at Internazionale Milano in the group stage.

The nearest Beşiktaş have come to lifting a major European honor was reaching the UEFA Cup last eight in 2002-2003 and the European Cup quarter-finals in 1986-1987. Meanwhile, this is by far the most successful of Beer-Sheva's seven seasons in UEFA competition; indeed, this is their first springtime European tie.

Beer-Sheva and Beşiktaş are among eight domestic champions involved in the round of 32, along with Ludogorets Razgrad (BUL), APOEL (CYP), Kobenhavn (DEN), Olympiacos (GRE), Legia Warszawa (POL) and Astra Giurgiu (ROU).

Quaresma should have fond memories of a past trip to Israel with Beşiktaş; he struck twice in a 3-2 victory at Maccabi Tel-Aviv in the 2011-2012 group stage. Beer-Sheva reserve keeper Guy Haimov was on the Maccabi bench, having been in goal for the reverse fixture when his side lost 5-1 in Istanbul. Meanwhile, Beşiktaş's Vincent Aboubakar and Beer-Sheva's Maor Melikson were teammates on French side Valenciennes (2012-2013).

Beşiktaş's current coach Şenol Güneş, who famously guided Turkey to third place at the 2002 FIFA World Cup, was a goalkeeper who spent the majority of his playing career with hometown club Trabzonspor; he led Beşiktaş to the 2015-2016 Turkish title in his first season in charge.

Beer-Sheva boss Barak Bakhar steered the club to their first Israeli championship in 2015-2016, his first term in the hot seat. He previously landed the 2013-2014 Israeli Cup at the helm of Kiryat Shmona, where he spent the bulk of his playing days as a defender.