Tayfun Korkut to coach Bayer Leverkusen for remainder of season 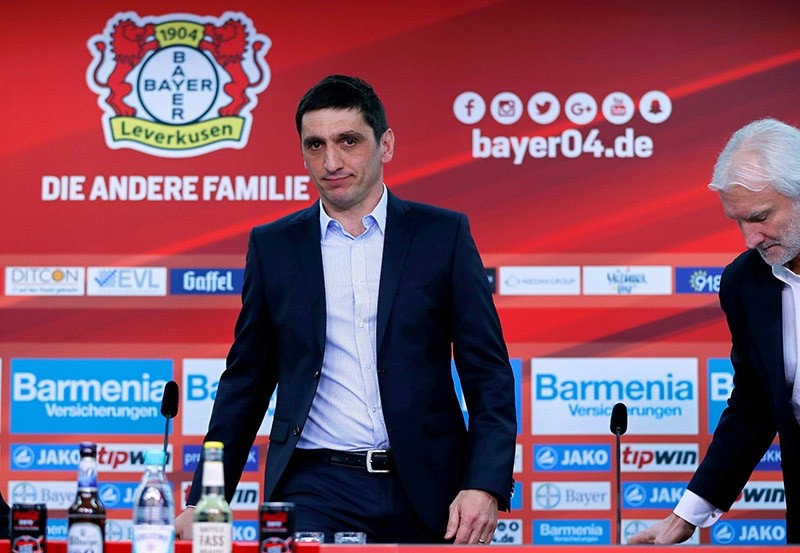 Former Turkey international Tayfun Korkut is to take over as coach of Bayer Leverkusen until the end of the season, the Bundesliga club said Monday.

Korkut's first game in charge will be at home to Werder Bremen on Friday evening.

Korkut, 42, was coach of second-division Kaiserslautern until resigning on December 27. He previously coached Hanover in the first division.

Although he was born and grew up near Stuttgart, Korkut did not play top-flight football in Germany in a career taking in Fenerbahçe, Real Sociedad, Espanyol, Beşiktaş and Gençlerbirliği. He was capped 42 times by Turkey and was a co-trainer of the national team.

"Together with him we want to overcome our current difficult phase and bring the season to a good end," he said.

Leverkusen dismissed Schmidt a day after a 6-2 defeat at Borussia Dortmund severely dented the club's hopes of challenging for a place in Europe next season.

He was the ninth Bundesliga coach to go this season, leaving nearly three years after he arrived from Salzburg.

Leverkusen are experiencing their worst season in 14 years and have lost five of their last seven competitive games. They are now 10th in the table after 11 league defeats, five points off the last Europa League spot.

Although currently in the last 16 of the Champions League, they lost their first leg 4-2 at home to Atletico Madrid.

"We are optimistic of getting back on track with him," he said.