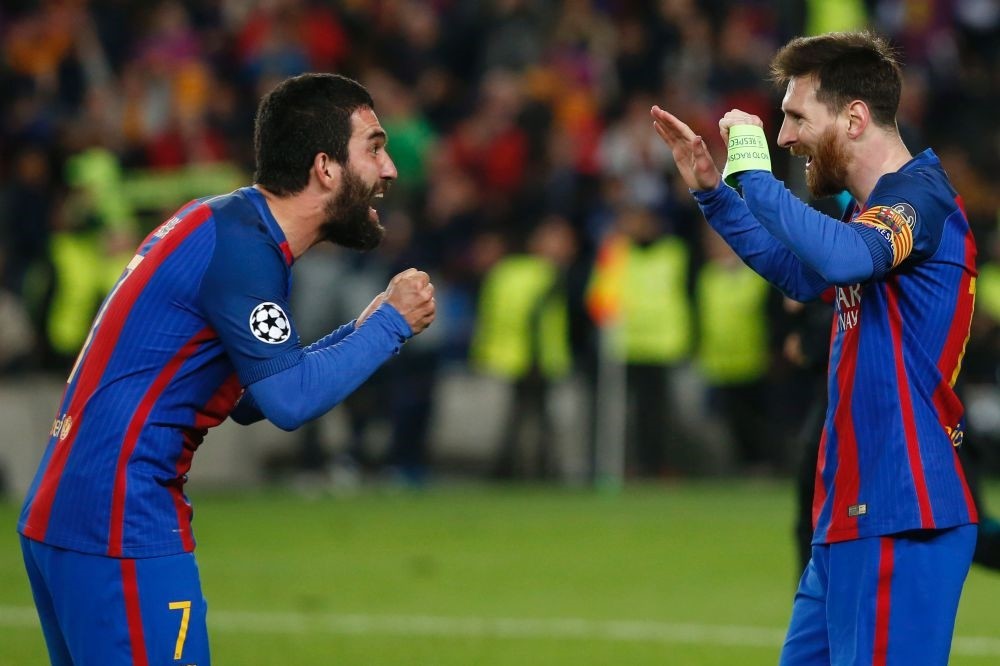 Few believed Barcelona could achieve the impossible against Paris Saint-Germain. Having drifted to 50/1 to qualify for the quarter-finals, Barca are now favourites to lift the Champions League trophy at 11/4

It was arguably the greatest comeback in Champions League history and one that very few people saw coming, as punters shied away from backing Barcelona to complete an extraordinary comeback against Paris St Germain on Wednesday. Only seven percent of pre-match wagers backed Barca to overturn their 4-0 first-leg deficit, according to William Hill, who had the Catalans at 33/1 to win the competition prior to Wednesday's extraordinary second leg. With Barca scoring three times after the 88th minute to complete a 6-1 win on the night and 6-5 aggregate victory over two legs, most of those who bet on the match were left disappointed. Having drifted in play to 50/1 to qualify for the quarter-finals, Barca are now favourites to lift the trophy at 11/4.

Meanwhile, the Spanish press yesterday hailed Barcelona as "legends" for their triumph.

"Barca delivers its greatest achievement," said the Mundo Deportivo daily. El Pais general daily said such a result was "unprecedented" while El Mundo said "Barcelona pulled off the miracle of a lifetime."

Despite Barca's galaxy of stars, it was the coach Luis Enrique who was first in the firing line when the Catalans were torn apart 4-0 in the first leg in Paris three weeks ago.

"Firstly we had to go through the mourning," said Enrique.

"It was hard, especially on one person. I don't read it, but I am aware of it all."

In the aftermath, Enrique confirmed the long held suspicion that he won't remain as coach next season after three highly successful years in charge. The timing of the decision - made public in his post-match press conference following another 6-1 win just seven days previously against Sporting Gijon - took most by surprise. However, in removing the tension around his future, Enrique changed the narrative and gave his team the freedom from which they made the seemingly impossible, possible.

"This victory is dedicated especially to the Barca fans that had faith even after one day in which the team was outplayed as was the case in Paris," added Enrique.

"This team has shown they know how to win because they have won a lot, but, when we have lost, we have also shown we know how to lose, especially me."

Enrique also played a vital role in recognising his team's shortcomings and changing his formation. Barcelona have played 4-3-3 since the days of Johan Cruyff's reign in the eighties.

Yet, in the past four games, a change to 3-4-3 has resulted in a crucial La Liga win at Atletico Madrid and thrashings of Sporting, Celta Vigo and PSG by a combined score of 17-2.

"This system gives us more options, more situations that pin back the opponents, more players that can participate," Enrique continued.

"They are resources we have, but what makes systems good are the players and their desire to keep on winning."

On the other hand, this was supposed to be the year Paris St Germain joined the European elite with a statement victory in the Champions League, yet the French champions fluffed their lines in spectacular fashion and were trampled in the dust by a Catalan juggernaut.

PSG have invested heavily in a squad designed to compete at the highest level, yet once again they were found wanting against the very best and were eliminated by Barcelona in the knockout stages for the third time in five years.

"I want to apologise to the fans," said midfielder Marco Verratti, who had been instrumental in the first leg but was a pale shadow of his brilliant self in the Nou Camp.

Sports daily L'Equipe needed just one word to sum up the capitulation with the headline "Unspeakable".

PSG now face a tricky end to the season to salvage some pride and appease their supporters.

In recent years they were almost guaranteed a Ligue 1 title to soothe the disappointment of regular early Champions League exits but this time they trail an impressive Monaco side by three points.