Trabzonspor only unbeaten team in 2017 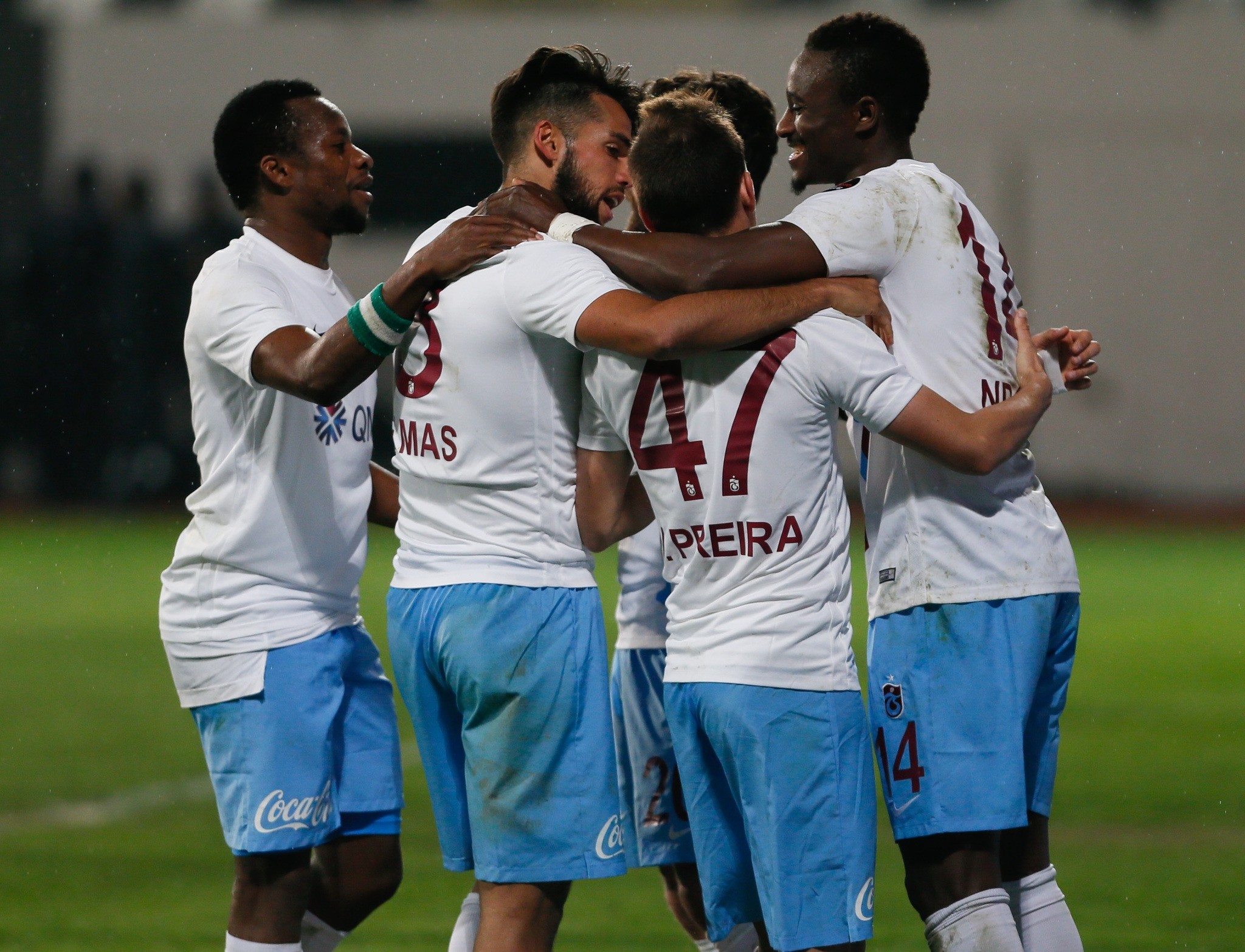 The Black Sea team came back from 1-0 down at half time to register a 3-1 victory against Akhisar Belediyespor on Monday, extending their unbeaten run to eight matches. With the win, Trabzonspor have picked up more points than any other team in the second half of the league

A resurgent Trabzonspor overcame a 1-0 deficit at halftime to hand hosts Akhisar Belediyespor a 3-1 defeat in their Spor Toto Super League matchup on Monday, bringing an end to week 24 action. With the win, Trabzonspor have extended their unbeaten run in the league to eight matches and have now picked up more points than any other team in the second half of the season.

Playing out six wins and two stalemates, Trabzonspor are the only unbeaten side in 2017 and the team has managed to pick up 20 points, one more than point leaders Beşiktaş. In his third season at the helm of Trabzonspor, Coach Ersun Yanal is going through his most successful spell with the club; outpacing his previous success with Trabzon back in the 2014-2015 season, when they had won five and drew three matches to bag 18 points between the 16th and 23rd weeks of the league. Trabzonspor Chairman Muharrem Usta, expressing his satisfaction over the win, said, "I did not expect there would this a huge improvement in performance compared to the first half of the season. Our self-confidence has grown. We gave great effort in the first half too, but we could not get positive results.

However, we have overcome the deficiencies and we have set up a good squad. Trabzonspor have had bad days, both economically and sportively. It was not an easy exit." "I believe we will have a historic day against Galatasaray next week. Our stadium has a capacity of 41,461. I believe our fans will fill all these seats. We are already planning for the new season, when Trabzonspor celebrate their 50th anniversary. We want to honor it by winning the league title, with a strong squad," he said. Placed fifth with 38 points, Trabzonspor have a very important match next Saturday against third-placed Galatasaray.

Trabzon aims to continue their unbeaten run in order outpace the Istanbul powerhouse and claim a playoff spot in Europe. Meanwhile, as Galatasaray plans a major overhaul of their team at the end of the season, they are preparing to part ways with Sabri Sarıoğlu, who has become a household name, associated with the team. The club administration will act accordingly after a report prepared by their new coach, Igor Tudor and will reportedly offload players over the age of 30.