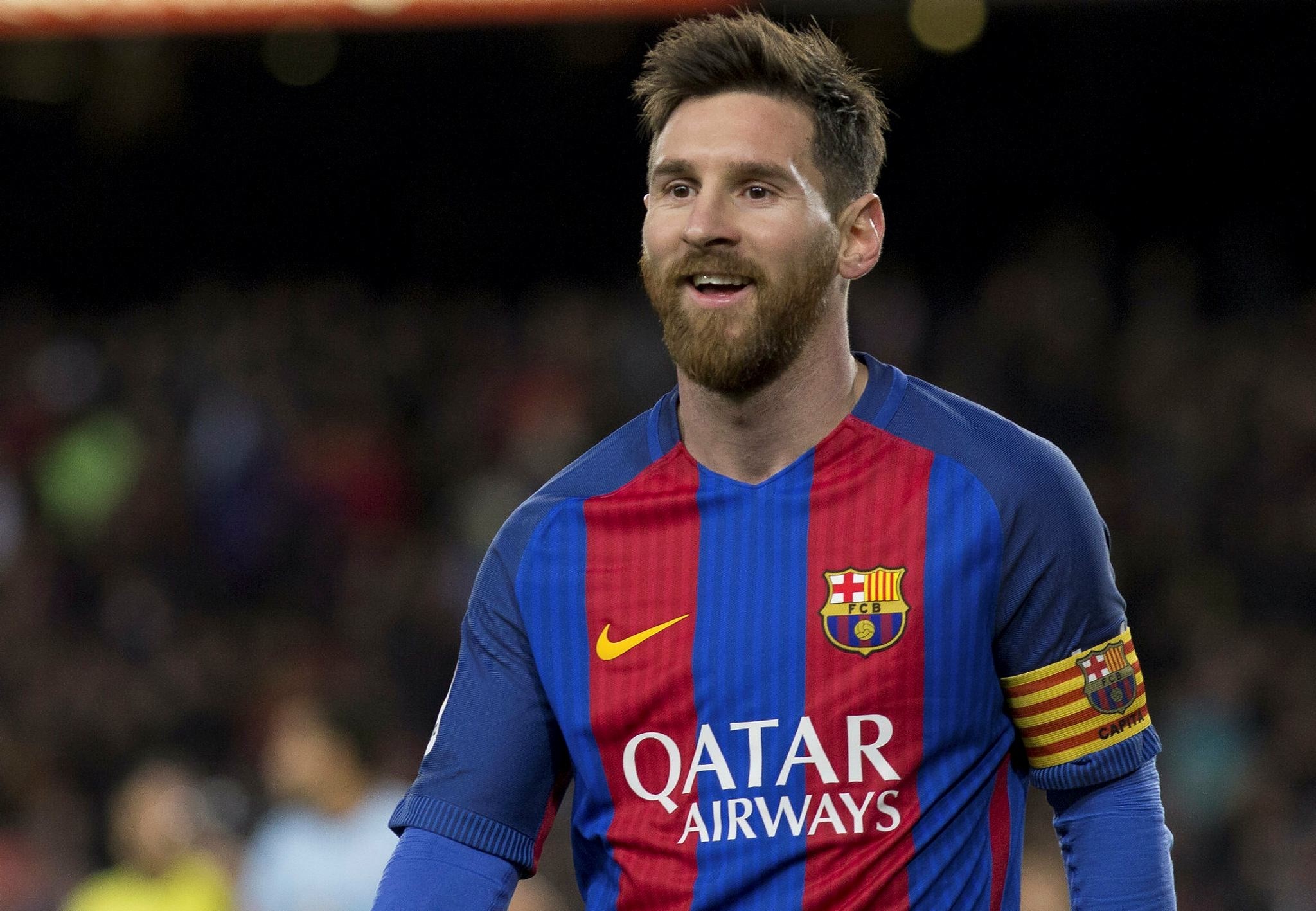 Lionel Messi scored his 40th and 41st goals in all competitions this season to lead Barcelona to a 4-2 victory over 10-man Valencia in the Spanish league on Sunday.

Back in Camp Nou for the first time since its 6-1 victory over Paris Saint-Germain in the Champions League, Barcelona got another outstanding performance from Messi, Neymar and Luis Suarez to keep its domestic title defense alive. Barcelona remained two points behind leader Real Madrid, which has a game in hand.

"We had to remain patient, fight back and increase the pace of the match," Barcelona coach Luis Enrique said. "We created a huge number of scoring opportunities."

Messi and his strike partners led Barcelona back after Valencia's Eliaquim Mangala headed in from a corner in the 29th minute.

Neymar, who missed last round's loss at Deportivo La Coruna with a left-leg injury, set up the 35th-minute equalizer by quickly taking a throw-in that left Suarez alone to fire inside the far post.

Mangala had already been booked for fouling Messi when Suarez deftly let a pass by Messi run past as he spun around the Valencia defender. Left with the choice between a likely goal or a second yellow card, Mangala chose to pull Suarez down and was promptly sent off.

Messi drilled the resulting penalty kick down the center to put the Catalan club ahead in the 45th. But Valencia caught the hosts off-guard seconds later with a quick attack from the restart, which was finished by former Barcelona player Munir El Haddadi for 2-2.

With an extra player and its three strikers in fine form, Barcelona was only denied a larger winning margin by goalkeeper Diego Alves.

But the Brazilian couldn't keep out Messi's right-footed strike inside his near post in the 53rd.

Messi's goals took his league-leading tally to 25 in as many rounds.

Neymar also continued his excellent level of play from the PSG rout. That had earned Barcelona a spot in the Champions League quarterfinals as the only team to ever overcome a 4-0 first-leg loss in the tournament.

Neymar had already hit the bar from a free kick before he launched a solo run for more than half the field. The run ended with Neymar's assist for Andre Gomes with a minute left to round off the win over Valencia.