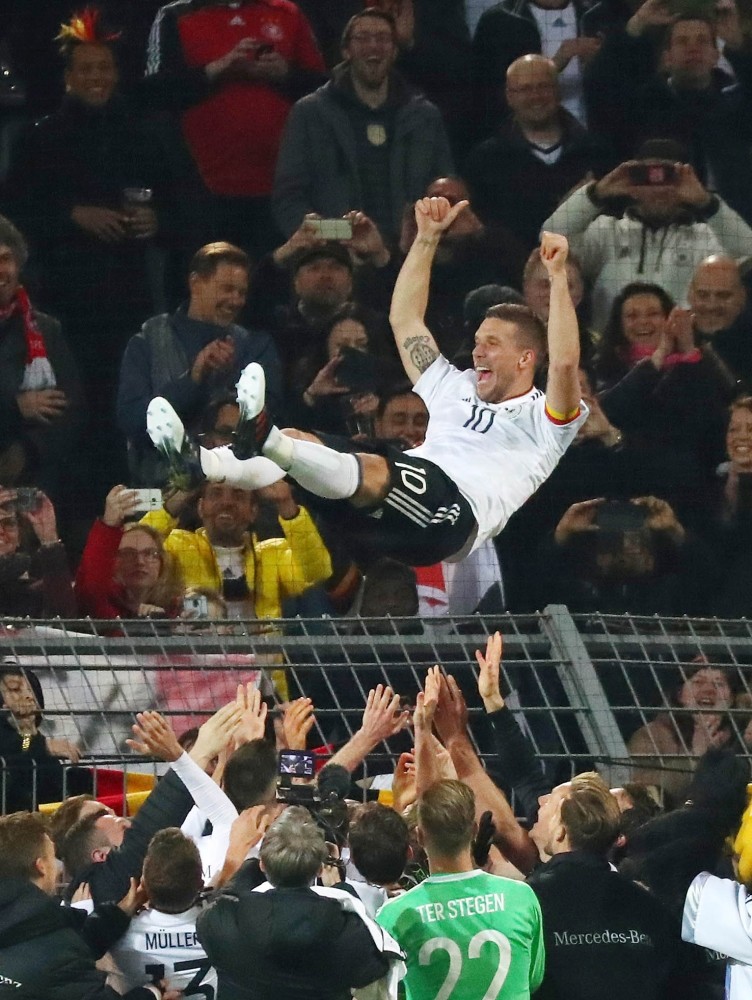 by French Press Agency - AFP
Mar 24, 2017 12:00 am
Lukas Podolski admitted his Germany farewell could not have been scripted better after netting a superb winner in the 1-0 friendly win over England. It was only fitting that the Galatasaray forward should claim his 49th goal on his 130th, and final, international appearance in Wednesday's emotional farewell.

"The way it finished was like in a movie," said Podolski, who smashed home the winning goal in the 69th minute, and then came off to thunderous applause with six minutes left.

"I am proud of the last 13 years," beamed Podolski, who will join Japan's Vissel Kobe next season. "It was a great game, a great result and a great way to say goodbye."

Podolski captained the world champions to their first win over old rivals England on home soil since 1987. The victory was also sweet for head coach Joachim Loew as it was a record seventh game without conceding a goal for Germany, a run starting since their Euro 2016 semi-final defeat to France. It came with Loew missing first-choice players like goalkeeper Manuel Neuer, Jerome Boateng, Sami Khedira, Mesut Özil, Marco Reus and Mario Gomez.

Podolski made his debut in 2004 and was ever-present during Loew's decade in charge since taking over as head coach after the 2006 World Cup. The 31-year-old Podolski made only two replacement appearances at the 2014 World Cup, but was an important motivating presence under Loew.

"The goal was typically 'Poldi,' but special players deserve a special farewell like this, which was great for him," said Loew. "We had thought of taking him off earlier, but he said during the break that he wanted to play as long as possible."