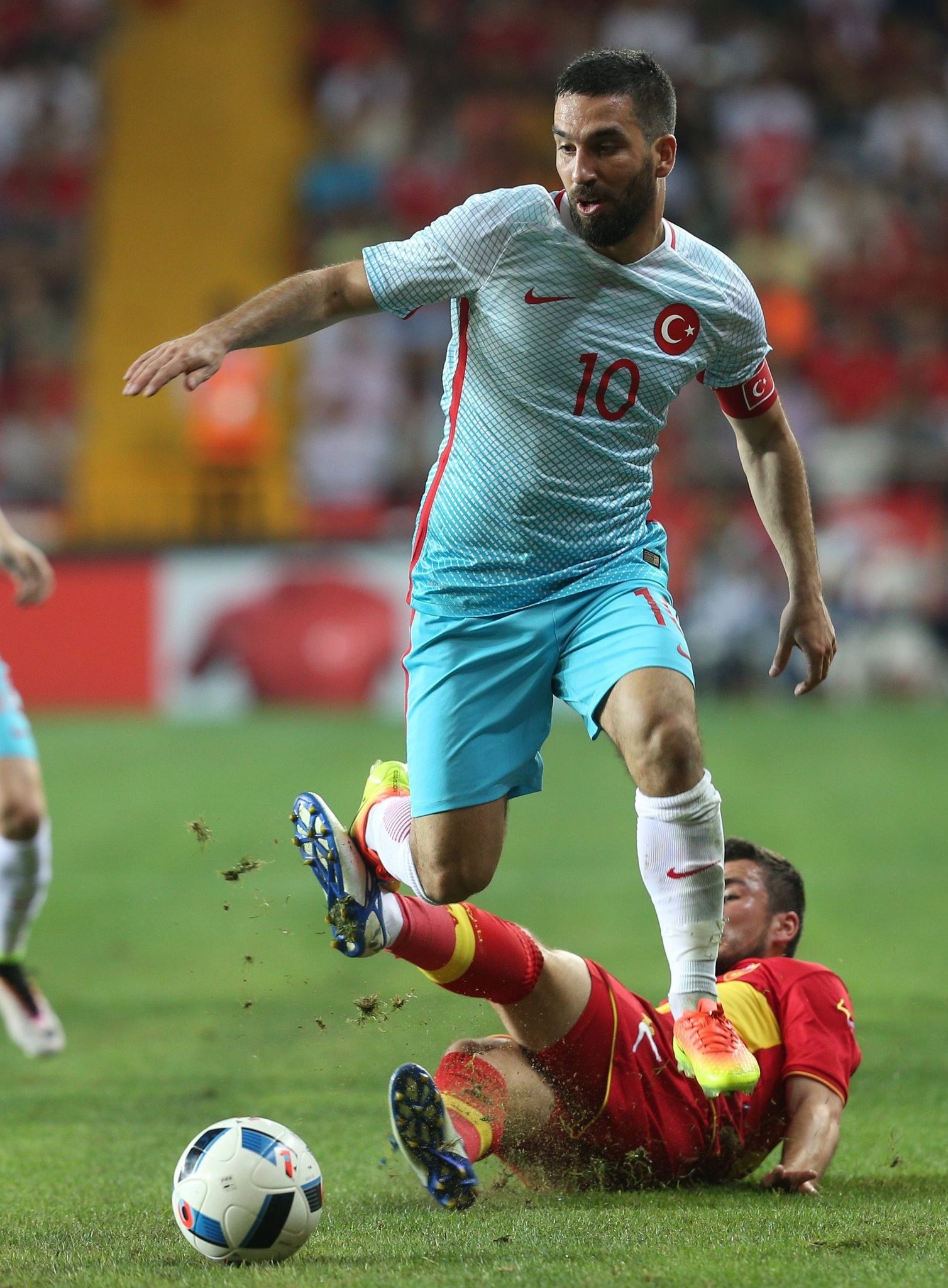 Hosts Turkey must beat Finland today to keep their hopes of joining the 2018 World Cup in Russia alive. While Turkey is unbeaten in six home qualifiers, Finland has never lost in Turkey

Qualifiers for next year's World Cup in Russia ramps up again this weekend, as group stages in Europe reach the halfway point with some countries already having one foot in the finals.

The top two in Group I will clash, as table-toppers Croatia entertain Ukraine in Zagreb today. Something needs to give as both are unbeaten after four games and a victory for Croatia would give them a comfortable buffer in a group that also includes the Euro 2016 surprise package, Iceland and Turkey, who are currently sitting in third and fourth respectively.

Turkey's campaign has been a disappointment so far and they must beat Finland at home to keep any hopes of Russia alive. Although the Turks are unbeaten in six home qualifiers (W4, D2), Finland has never lost in Turkey, winning three matches and drawing two.

In 12 previous meetings, Finland has won five, while Turkey has bagged three wins with four matches ending in draws.

Meanwhile, in the other match of the group, Iceland will face the bottom dwellers Kosovo on their home turf.

As for the other groups, Wales may be Euro 2016 semi-finalists and have one of the best players in the world in Real Madrid forward Gareth Bale, but they have failed to fire after those heady summer days in France, when they stunned Europe to reach the last four.

Wales trail leaders Ireland by four points after four games in Group D and a defeat in Dublin today would leave them in grave danger of missing out on a place in Russia.

If they are to beat a dogged Ireland they will need Bale at his brilliant best. All the ingredients are there for a Wales win, they are at full strength whereas Ireland is blighted by injuries and suspensions.

There is all to play for in an intriguing Group G. Italy sits in second place in the group level on points with leaders Spain, who have a superior goal difference. But, Israel, just one point behind, is very much in the hunt.

Only the top team from each group is guaranteed a place in Russia with most of the teams finishing second going into playoffs. That means either Spain or Italy, both former World Cup winners, are going to have to do it the hard way.

Today, Italy will fully expect to brush aside Albania. The same evening Spain will need to be wary of Israel. His side might be the underdogs, but Israel boss Elisha Levy said his team will go on the attack in Gijon.

Belgium, under coach Roberto Martinez and with Thierry Henry by his side, have been flying. They have a 100 percent record from all four games and have hit 21 goals while conceding just one.

They will do well though to keep up that scoring rate of five goals a game when they host an obstinate Greece on Saturday in top versus second in Group H.

Greece do not score many, but they have conceded only twice from their four games. However, in Romelu Lukaku, free-scoring Belgium have one of the hottest strikers in Europe. Good news though for Greece: Eden Hazard is out injured.

England can already start thinking about where they are going to stay in Russia, topping a weak Group F despite managerial upheaval. But, world football's great underachievers are often compelling viewing - if only to see the national handwringing each time they fail to produce the high standards the English public demands. But, even England will surely send fourth-placed Lithuania packing with ease on Sunday at Wembley in coach Gareth Southgate's first qualifier since being named on a permanent basis following the sacking of Sam Allardyce.

Spain, Germany, England and Italy are confirmed as the top four associations in the UEFA club rankings after this season, with France and Russia in fifth and sixth respectively ahead of Portugal. Under the revised access lists for the revamped European club competitions from 2018, the top four nations in the association rankings will each receive four guaranteed places in the UEFA Champions League group stage while those countries ranked fifth and six gain two group berths plus a qualifying spot for the club finishing third. The nations from seventh to 10th will all receive one automatic group berth and one qualifying spot, and Portugal, Ukraine, Belgium and Turkey currently hold those positions.