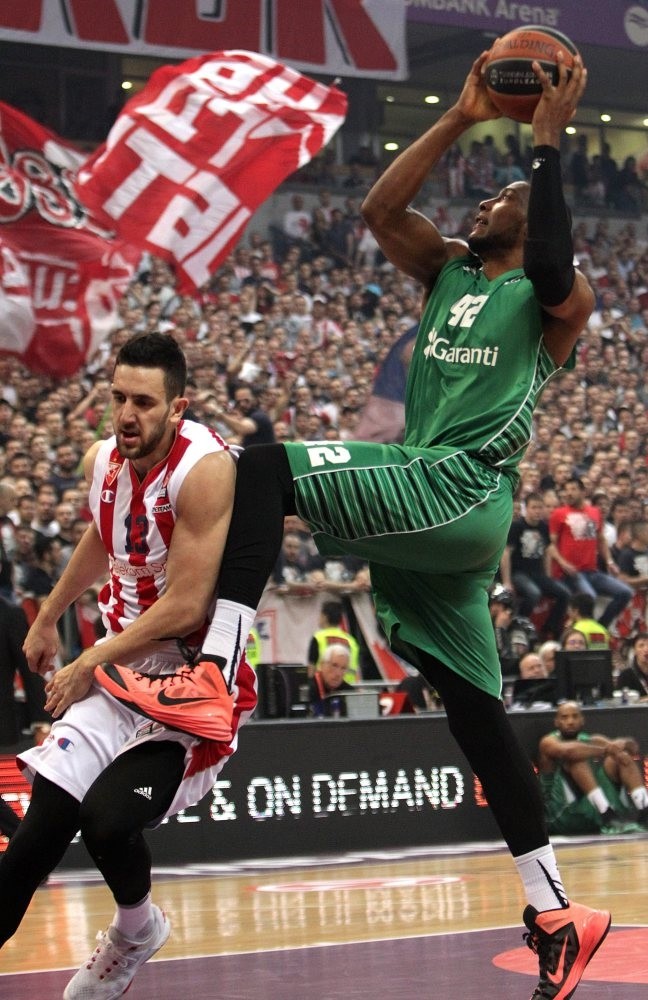 All eyes will be on the game of the week tonight, as Darüşşafaka Doğuş take on Crvena Zvezda in a do-or-die clash to claim the final EuroLeague playoff spot

Friday night action in the Euroleague will kick off with a heavyweight clash, as second-placed CSKA Moscow (21-8) host third-placed Olympiacos Piraeus (19-10). Reigning champions CSKA have won seven consecutive home games, but, Olympiacos will look to end their two-game losing streak, before heading to the playoffs. It's a matter for the league's best offense, CSKA with 86.8 points per game, trying to overcome the tournament's third-best defense with Olympiacos having allowed only 73.5 points per game, this season. Olympiacos, on the other hand, lead the league in rebounds, with 37.4 boards per game, while CSKA is the leagues leader in dishes this season with an average of 20.5 assists per game.

All eyes, however, will be on the game of the week, as Darüşşafaka Doğuş Istanbul (15-14) and Crvena Zvevda mts Belgrade (16-13) meet in a do-or-die clash, to claim the final spot in the playoffs. If Zvezda want to prevail, they will have to end Darüşşafaka's four-game winning streak at home. But, to do so, they may have to rely on a defense that leads the Euroleague in steals (9.0 per game), against a host team with the competition's worst two-point conversion rate at 47.8 percent. Nonetheless, Darüşşafaka have committed the fewest turnovers of any team (11.0 per game), and also rank second in offensive rebounds (12.0 per game). It's all or nothing for these two teams today. Meanwhile, avoiding finishing in last place will be the motivation for EA7 Emporio Armani (8-21) and Unics Kazan (7-22) when they go head to head in Italy.

Unics won 100-79 when the teams met in Round 10, and they know that any kind of victory would be enough. The Russian team has lost their last 12 games and averaged just 69.6 points in their last five match-ups. Milan, on the other hand, rarely had problems scoring as they are ranked fifth in the league, with 81.2 points per game. However, they have allowed more points than any other team, 86.7 points per game on average.

And finally, Real Madrid (22-7), who have already secured a first-place finish after winning their last three consecutive games, face a tough task against a red-hot Anadolu Efes (17-12), who have roared into the playoffs with a run of eight victories in their last nine games.

Depending on earlier results, a victory may even help Efes seize home-court advantage in the playoffs. Expect a lot of shots to drop from the league's second and third-highest scoring teams. Madrid average 85.8, against Efes' 84.2 points per game. It will also be physical, as Madrid rank third in rebounding, with an average of 36.6 boards per game, just ahead of Efes's 35.7, this season.
RELATED TOPICS